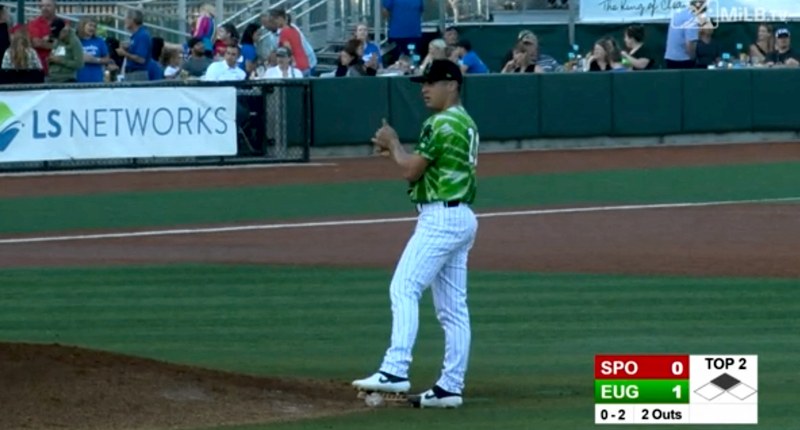 The Cubs’ first round pick, Ryan Jensen, made another appearance late last night with the Eugene Emeralds, and it was another dominant performance. You can easily see why the Cubs were into what he can do: high-90s fastball, nasty 90 mph slider.

Here were my four favorite pitches of the outing, each against a different hitter. Slider, fastball, slider, fastball. pic.twitter.com/DOyF6xllnQ

Having pitched a full college season, you have to figure Jensen doesn’t have too many appearances left before he packs it in for the year. He figures to finish the season among the Cubs’ top 7/8 prospects, and it’ll be interesting to see if he gets the challenging High-A assignment next year in his first full season.

But that’s a ways off still. For now, it’s nice to see the Cubs took a big swing on a “stuff” guy, and he’s popped up right out of the gate showing it.