Cubs Trade Martin Maldonado to the Astros (UPDATES: It's for Tony Kemp) Skip to content 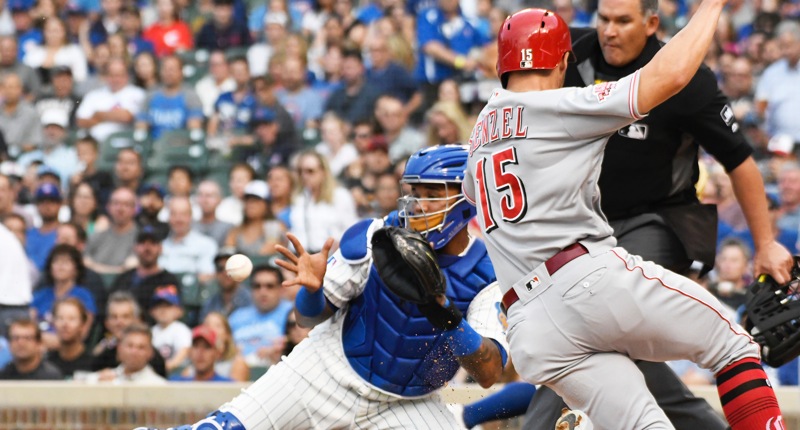 As odd as it initially seemed when the rumor first popped up, it’s now happening: the Cubs are sending third catcher Martin Maldonado to the Astros, who will happily incorporate him as they did last year for their stretch run.

Catcher Martín Maldonado has been traded from the Chicago Cubs to the Houston Astros, league sources tell ESPN.

The Cubs picked up Maldonado for Mike Montgomery hastily when Willson Contreras went on the IL a couple weeks ago with a foot issue, and, although they talked about carrying three catchers the rest of the way, the allure of freeing up some cash and maybe a modest return was too much. Now, presumably, they add a bench bat.

UPDATE: It’s a swap a lot of us had speculated about when Tony Kemp was DFA’d, because he’s a decent fit for the Cubs’ bench:

Tony Kemp is headed to the Chicago Cubs in exchange for Martin Maldonado, the Chronicle has learned.

More soon on Kemp, 27, but the gist is this: he’s a pre-arb player (so the Cubs save a little money in this swap – about $400K) who can play decent defense at second base and in the outfield. He’s been a near league-average bat in the big leagues, but that’s been trending in the wrong direction. He bats lefty, but he’s been split neutral this year (slightly better against righties for his career). He’s a very small dude (5’6″), but he’s not a big-time plus baserunner.

UPDATE 2: Just to confirm no swap of cash:

The Cubs will get Tony Kemp, who was recently DFA’d by Houston, in the Martín Maldonado deal. No other players/cash considerations are expected to be included in the trade.