Getting to Know the Cubs Much-Needed Offensive Upgrade ... Nicholas Castellanos! Skip to content 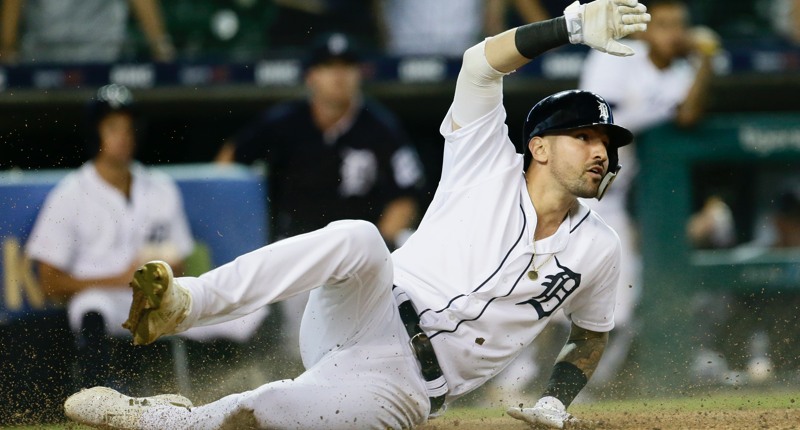 Before reports tricked out that the Cubs added Nicholas Castellanos minutes AFTER the deadline passed, I thought they had a good, not great deadline that ultimately wouldn’t be enough to win the NL Central. But now, I feel completely different.

Castellanos, 27, is a right-handed hitting outfielder (and former 3B) who’ll be a free agent at the end of this season – which means, yes, this is a rental bat. He’s going to be a negative fielder in the outfield, but should be a legitimate offensive upgrade almost every day.

Given that the Cubs offensive carries a combined 92 wRC+ (T-20th in MLB) against southpaws this season, he is going to help A LOT.

As for his weaker production against righties this season (93 wRC+), well, yeah that’s not great. But with lefty outfielders Kyle Schwarber and Jason Heyward plus the switch-hitting Ian Happ, who’s historically been better against righties, the Cubs should be able to generate enough offense out of their outfield on any given day to support Anthony Rizzo, Kris Bryant, Willson Contreras, and Javy Baez.

And again, the Cubs have already been better against righties than lefties, so in a way Castellanos is a uniquely good fit for this roster at this point in time.

We’ll have to dig into this more later, but I do also want to point out that despite generally below-average results against righties, Castellanos still doesn’t strike out a ton against them (23.2%), rarely puts the ball on the ground (36.5%), and makes REALLY good contact: 14.5% soft-hit rate and 40.6% hard-hit rate. Those numbers are all better against southpaws, as you’d expect, but they are legitimately fine on their own.

And on a related note, Baseball Savant has his expected wOBA exactly identical to his actual wOBA so there’s no immediate fear of regression.

And to look beyond the scope of just this season, I’ll remind you that Castellanos was an offensive force in 2018: .298/.354/.500 (130 wRC+) with 23 home runs. That level of production was tied with Francisco Lindor for 25th last season, just barely behind Javy Baez (131 wRC+). I don’t know if he’ll return to those levels in his remaining two months with the Cubs, but I do share it to show you his already-realized ceiling in the very recent past.

Another way to look at that:

I’m sure I’ll discover more to discuss with respect to Castellanos later this week, but for now, those are the highlights. Castellanos is a 27-year-old rental bat who offers poor defense in the outfield, excellent production against lefties, average-ish production against righties, and a little bit of general offensive upside. Good move for this team right now. Well done, front office.