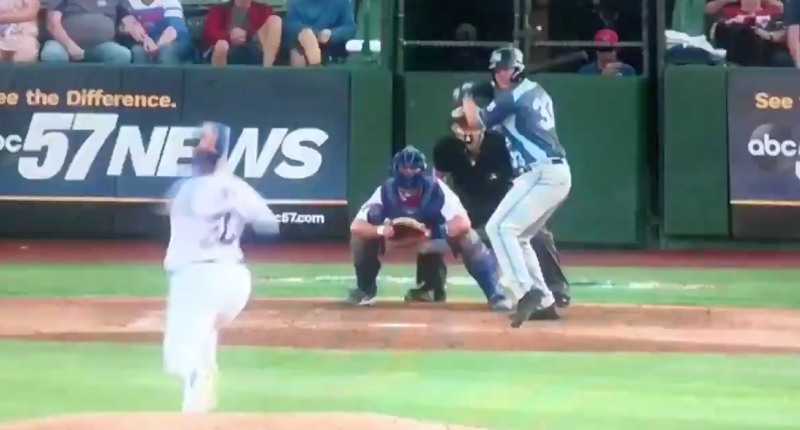 For the first time in a long time, the talk of the Cubs Minor League system centers around a pitching prospect. After posting one of the best starts of the season back on July 25, Brailyn Marquez upped the ante last night, tossing six no-hit innings(!) en route to a 5-1 South Bend victory. He struck out eight, meaning in his last two starts, he’s allowed one hit and one walk against 22 strikeouts. Dude.

Marquez was brilliant, retiring the first 14 hitters in order, until walking a batter with two outs in the fifth. The young lefty then reached back for his most impressive sequence of the night.

Marquez allowed his only baserunner on a 5-pitch walk with two outs in the fifth. He then struck out the next batter on three pitches, drawing a “my goodness” from @BKingSports in the process. These are the 3 pitches. pic.twitter.com/5y266I4ZGx

The pairing with catcher Marcus Mastrobuoni – this is their second outing together – has gone brilliantly, as Marquez is throwing fastballs at a higher rate than ever before, which is simultaneously helping to make batters look far sillier on his offspeed stuff. I counted just six definitive sliders yesterday in his 72 total pitches, but four of those drew swinging strikes.

The game plan I noticed yesterday had one major difference than his last outing in Lansing: working the inside half more. Marquez is naturally comfortable throwing to his armside corner, but his misses usually go high and away on that side. Mastrobuoni is having Marquez work more to his glove-side, and I think that really helps Marquez to finish his pitches and command a little better. Instead of his misses tailing well out of the zone, the misses still have the potential to produce a strike. It’s helped.

Perhaps I’ve buried the lede, but you’ll notice a couple “100’s” in there, which is when the South Bend broadcasting crew noted that Marquez touched 100 on the stadium gun. He apparently hit 101 in the first inning once. He was still sitting at 96 mph in the sixth inning.

Marquez tied the bow on a July that will go down as his best professional month: 27.1 IP, 17 H, 1.65 ERA, 8 BB, 41 K. Now that the Trade Deadline is over and passed by, we can really begin to celebrate Marquez as the Really Good Pitching Prospect that he’s emerging to be. Simply put, not a lot of people in history have been left-handed and throw with his velocity. Now that he’s showing some nuance, we can expect he could start flying up prospect lists.