Losing the World Series Bullpen, Kimbrel's Velo, Lifeless Offense, Happy on Base, and Other Bullets Skip to content 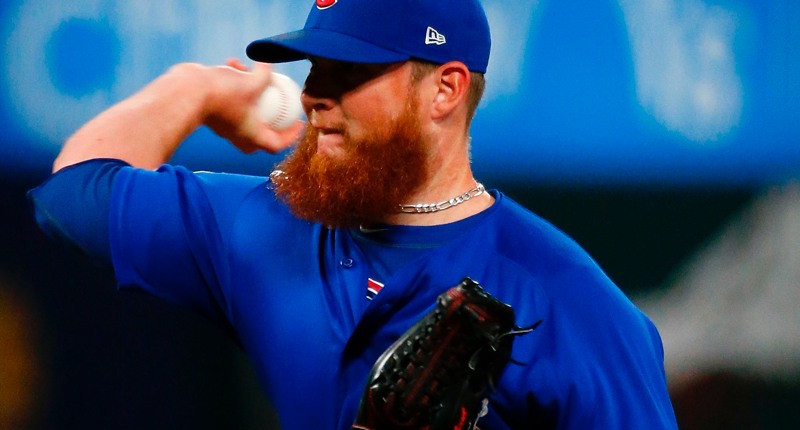 Yesterday was a good day.

Not only did the Cubs beat the Cardinals to move back into a tie for first place atop the NL Central, but I also got to hang out with the entire BN crew (Brett, Luis, Bryan, and Eli) at the Nisei Lounge (along with many other friends), watching the Cubs and Cardinals do battle. It was a great night and we had a lot fun.

But, of course, after Brett’s *sixth* shot of Malort (and Eli’s first three shots of Malort ever (like I said … it was a fun night)), I knew I’d be handling the bullets this morning, which is perfectly fine. Nice job, Brett. You did a very good thing and we’re all genuinely proud of you/this place.

Oh, and here’s Brett taking his sixth shot of Malort next to a giant, inflatable swan:

Number six of six! Thank you for giving to Make-A-Wish and making me do this! #BNBlogathon (and thanks for the camera work @jim_cooks!) pic.twitter.com/FeWL9yitVQ

With the addition of Kimbrel, return of Zo, and promotions for Happ/Wick, this has the look of a productive July.

The guys who got the final three outs of the Cubs 2016 World Series are no longer with the team.

Thanks for those three big ones, Monty and Edwards. Good luck.

.@ARizzo44 charges at the Cardnals dugout all by himself. pic.twitter.com/XCEeyfvngw

Kintzler has a 1.54 ERA over his last 26 outings and leads the team with 14 holds. #EverybodyIn pic.twitter.com/N8fyjanqfc

There Is No Wasting Time on Khalil Mack’s Watch, He Wants To Win Now https://t.co/E6FnpHcbD4 pic.twitter.com/AqkQrQhh5N