Nick Castellanos Arrives, Is Happy to Be a Cub, and Might Hit a Lot More Homers Skip to content 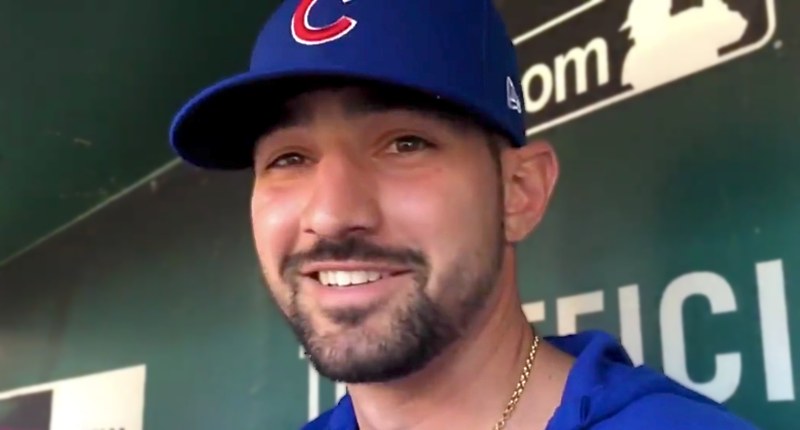 The Cubs added perhaps the best available bat this Trade Deadline, picking up outfielder Nick Castellanos at the last moment yesterday. He’s right in there tonight for the Cubs, batting second against the Cardinals.

Although Castellanos of course found it sad to remove the uniform of the only organization he’s known, he says the competitor in him is very happy to have wound up with the Cubs:

Nick Castellanos, on getting the news and on joining the Cubs.

He’s wearing No. 6 because today is his son’s 6th birthday. pic.twitter.com/o8FDguz7Wx

It’ll be fun to have another power bat in the lineup down the stretch, and it’s also fun to think about how many non-home runs Castellanos has hit this year would actually have been homers if he’d hit them at Wrigley Field.

This is NOT a one-to-one correlation that you can lay out perfectly like this, but it’s a fun recognition that Castellanos played his home games at a park not so friendly to homers (and two other parks in the AL Central – in Kansas City and Minnesota – are even more unfriendly). An overlay shared by Jordan Bastian, showing some Castellanos *non-homers* overtop Wrigley Field: 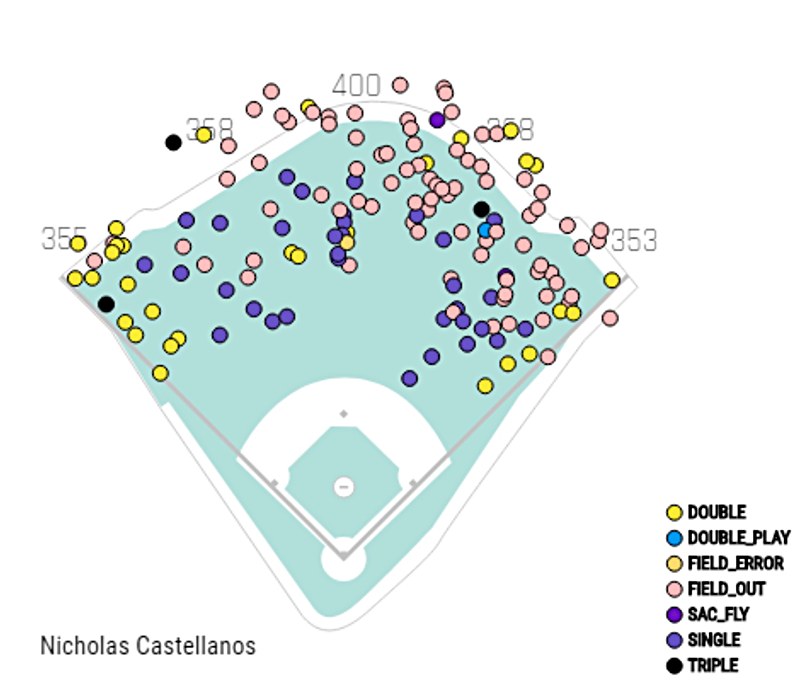 Suddenly, Castellanos’ mere 11 homers on the season are not looking so modest. In another life, he might have another 15 to 20 homers if he were simply in a different ballpark.