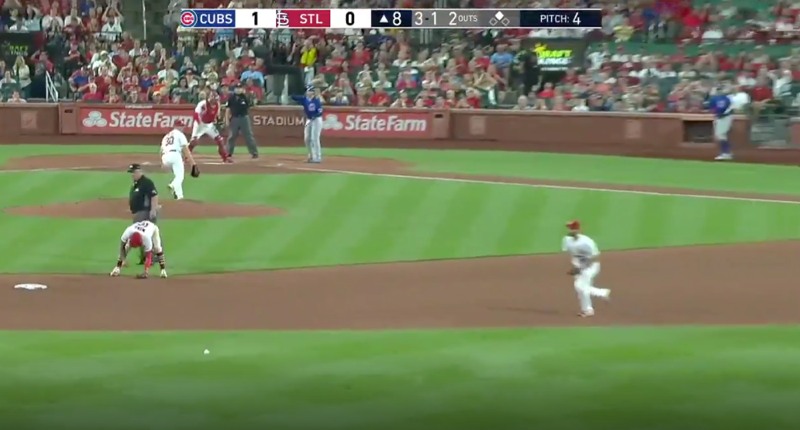 Ian Happ’s run-scoring single in the top of the sixth proved to be the only offense the Cubs would need last night as Kyle Hendricks went seven scoreless innings against the Cardinals before the bullpen (Kyle Ryan, Brandon Kintzler, Craig Kimbrel) shut things down from there.

But given the way that the ninth inning played out, I don’t think anyone was complaining about Javy Baez’s totally unexpected, but completely believable El Mago Moment in the top of the 8th.

After reaching second with a two-out ground-rule double, Baez took a huge secondary lead off the bag that forced catcher Matt Wieters to stand up, pump-fake a throw to the bag … and then ultimately let one go (behind Baez) that trickled into center field long enough for him to score.

It was a quintessential El Mago moment and I loved every second of it (especially against the Cardinals):

File this under "Stuff that only happens when Javy is on base." pic.twitter.com/ySy7NwTvzx

I don’t know what it is about his presence on the field that makes people act erratically, but it’s clearly a thing. El Mago forever.