Hamels Official, Holland Against a Righty, Inside-the-Parker, and Other Bullets Skip to content 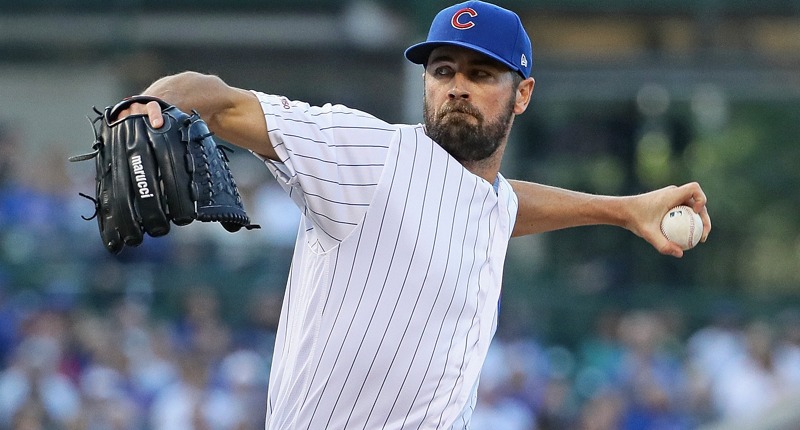 I’m still wearing it a bit, with the residual effects of the Blogathon making me really slow this morning. I want to lay back down.

Maddon said his reason for Holland vs. Wieters was that they wanted the Cardinals catcher to hit righty (86 wRC+ and .250 OBP). Also said Holland is working on some things for facing RHH and the Cubs need to get him out there on occasion in those situations.

One thing that might be smart for Cubs this month: split Robel and Bote – 15 days in Iowa each.

If only Garcia stays down for August, he’ll be down to 2 left.

How Tony Kemp envisions his role with the Cubs: “To be honest with you, I don’t care. I’m just here to help in any way possible, whether that be off the bench or if they want me to serve water to the guys.”

Something for him to hone in on while back at AAA. He was optioned last night.