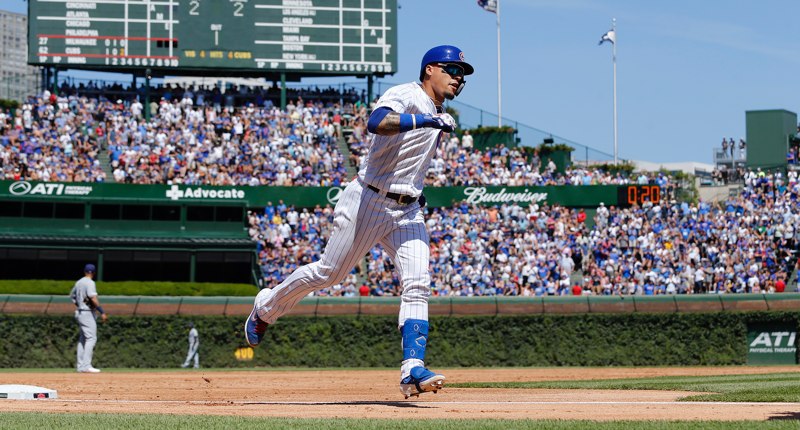 Quietly – I think it was quietly – Javy Baez had a not-so-great June and July after his huge April and May.

You can see issues embedded in there with relative ease (including even more of a drop in his walk rate than usual), but underpinning most of Baez’s fall off in production is a stark and obvious fall off in hard contact, which is the life blood of his offensive game: 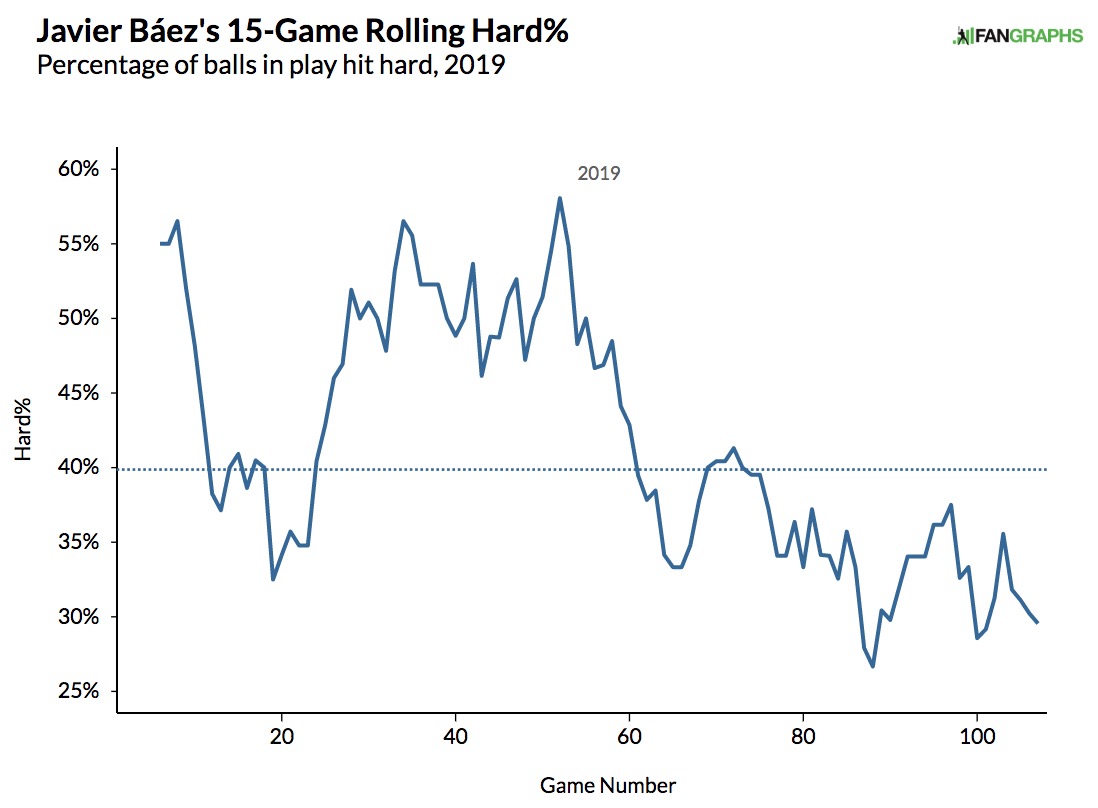 When you aren’t a guy who walks, and you are a guy who swings a whole lot, you’re only going to be at your most productive when you’re wrecking the ball. For about two months, Baez hasn’t been.

Your mind probably goes where mine does immediately, and wonders to what extent the May 19 heel injury has impacted Baez. The drop off didn’t start *immediately* after the injury, for what it’s worth – more like about a week later – but whenever you have a chart that looks like that, and an injury that occurred just before a steep decline, it’s fair to wonder. And it’s concerning.

Here’s hoping that things are turning a bit for Baez. Here’s the same chart, but with a trio of additional statistics overlaid: 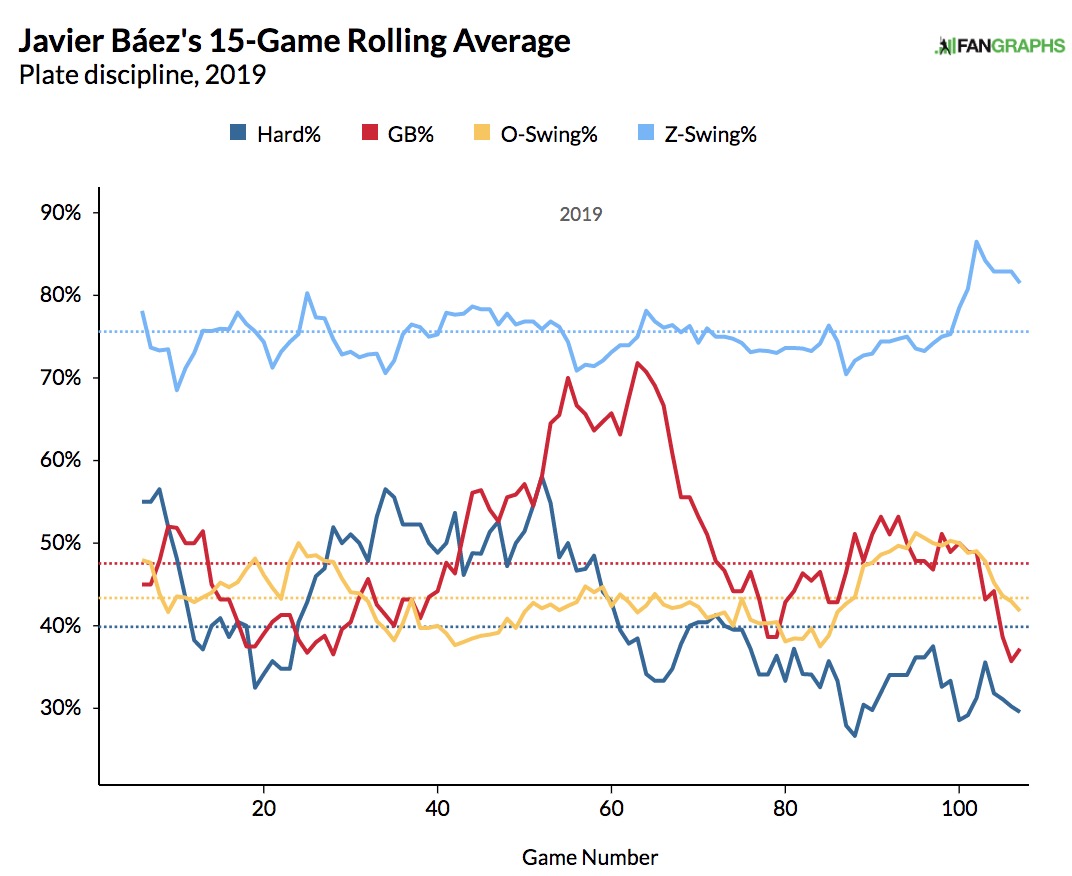 To me, that chart is a story. You’ve got the fall off in hard contact coming after the heel injury, commensurate with a HUGE spike in groundball rate – which is what you’d expect to see if a guy was swinging a lot, had a great contact ability, and just wasn’t squaring it up.

Then you see the groundball rate falling off, but the results still aren’t there, and then you see a big spike in O-swing rate (i.e., the rate Baez was swinging at pitches out of the strike zone). Trying to make something happen, perhaps? Mechanics got out of whack, perhaps?

And then, in the last couple weeks, we start to see the groundball rate recede again, the O-swing rate recede, and the best news, the Z-swing rate increase sharply. In other words, that’s kinda what you’d think it should look like when a free-swinging type organizes his strike zone. No, Baez isn’t ever going to become a walk machine, but given his style, you *want* him swinging at almost every strike he sees, especially if he can hit it hard in the air.

The hard part hasn’t rebounded fully yet, but I do like seeing that groundball rate trend back down.

And dude sure had a good day yesterday, with two doubles in the air and this rocket out to left: