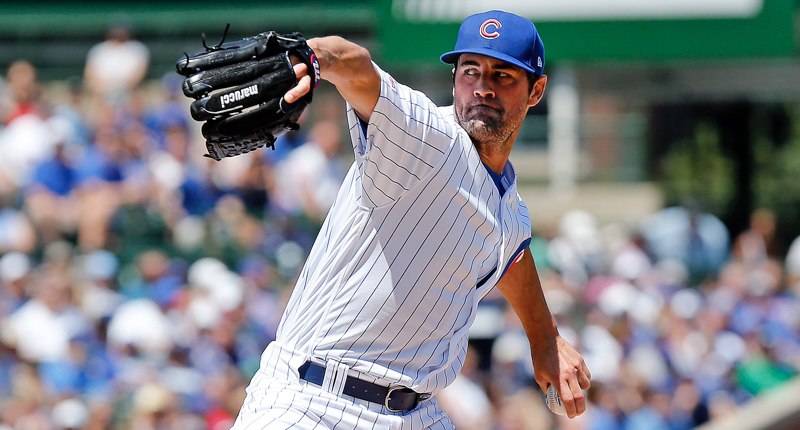 How about Cole freaking Hamels, eh?

Not only did the guy return in barely a month from an oblique strain, he returned just as hot as he went out, throwing five scoreless innings – he was on a streak of five straight great starts (other than the one-inning injury start) before his break, and he got right back to it yesterday.

Everything looked and felt good for Hamels, who allowed four hits, no walks, and struck out six in his five innings. Impressively, he was on a pitch count of around 75 pitches, and so he specifically tried to be as efficient as possible:

Hamels said he knew he was on a pitch count, so he wanted to be efficient. #Cubs wanted 75 pitches and got 74 in 5 IP.

Any time you’re looking at a pitch count of 75 pitches, the hope is to get through five innings. Well done.

Were it not him coming back to the rotation after a very careful, methodical, cautious ramp-back-up, I might be a little concerned that his four-seamer was averaging just 91 mph, and topped out at 92 mph (he’s been more like 92.5 average this year). But again, ramp up, caution, pitch count, etc. I wouldn’t be too concerned. And obviously the results were great, as he was healthily commanding all of his pitches.

The start was Hamels’ 30th with the Cubs, as he just passed the anniversary of his debut last August 1. Over that time, he’s thrown 181.0 innings of 2.64 ERA ball, with a 3.44 FIP. The 35-year-old lefty has simply been really, really good. It’s great to have him back.