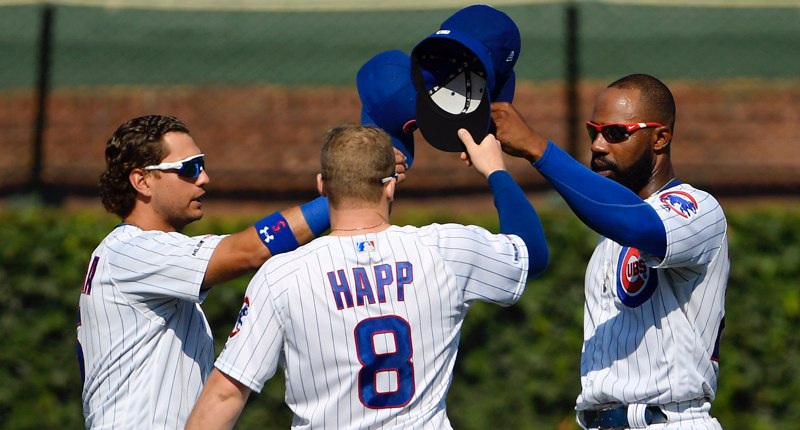 Heading into the weekend series against the Brewers, Michael wrote this in the Series Preview which he titled questioning whether the weekend would end with the Cubs in first or in third: “The Cubs are just a game out of first place … but they’re also a game out of third. They won’t play the first place Cardinals this weekend, so that first part isn’t entirely within their control, but they CAN squash the Brewers if they win all three games at Wrigley (thank God it’s not on the road). That wouldn’t be the end of the Brewers season, mind you, but pushing them 4 full games behind the Cubs would create some much-needed breathing room to begin focusing on the Cardinals.”

The Cubs swept the Brewers, and, thanks to the A’s doing their part, the Cubs not only got that Brewer-related breathing room, they also nabbed a little lead in the suddenly-slightly-spacious Central: 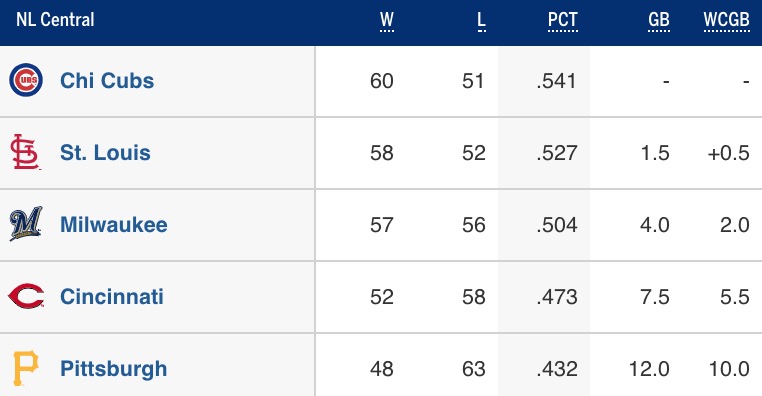 From here, the Cubs get to host a very good A’s team for three at Wrigley (so a series win is possible!) before heading back on the road for four in Cincinnati. The Cardinals, meanwhile, are West Coasting it against the Dodgers. Time to create more space.