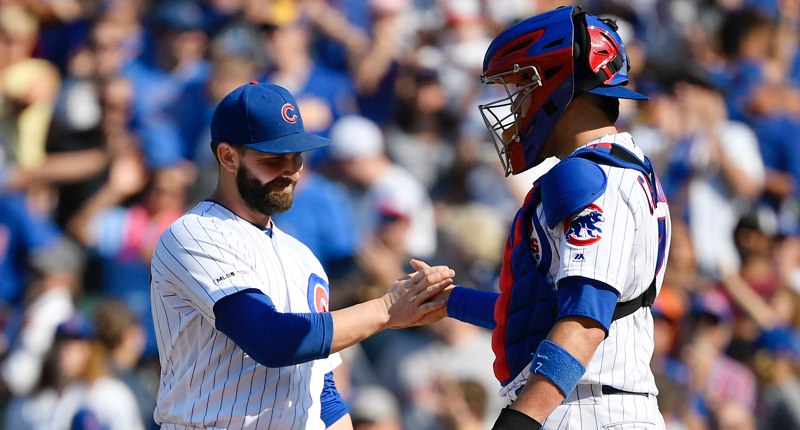 The residual tiredness and bodily system wonkiness that arises because of the Blogathon is almost in the past. I think the older I get, the better I’m getting at the Blogathon process itself, but man, afterwards, it just takes so many days to get my sleep/eating/etc. back on a normal schedule. Almost there.

#Cubs pitchers struck out 15 and walked none today:

– Most Ks by Cubs pitching in a 9-inning game this year
– Most Cubs strikeouts without a walk since 7/30/02
– Cubs starters have not issued a walk in six straight games for the first time since at least 1905 pic.twitter.com/6DyKazrkJs

"He's got just a little bit of a knee thing going on that I'm just being aware of. He's fine. Playoff? Yeah, he's playing today. But just watching him and talking to him, I thought it would be the perfect day to give to him today."

5 years ago today Javier Báez homered in the 12th inning in his MLB debut. #Cubs pic.twitter.com/5gHx8MkWag

Wow. Oscar de la Cruz clears waivers and is outrighted to Tennessee. According to AZ Phil, ODLC will be a minor league free agent at the end of the season. Will be interesting if both sides see value in continuing the partnership in 2020.

Amaya’s first oppo shot of the year. Last year Amaya fell apart after attending the Futures Game, but this season is hitting .288/.386/.492 since Cleveland.

Two facts that surprise me:

Read through how we came back to beat Great Lakes 8-6 with help of the 2016 World Series MVP Ben Zobrist.