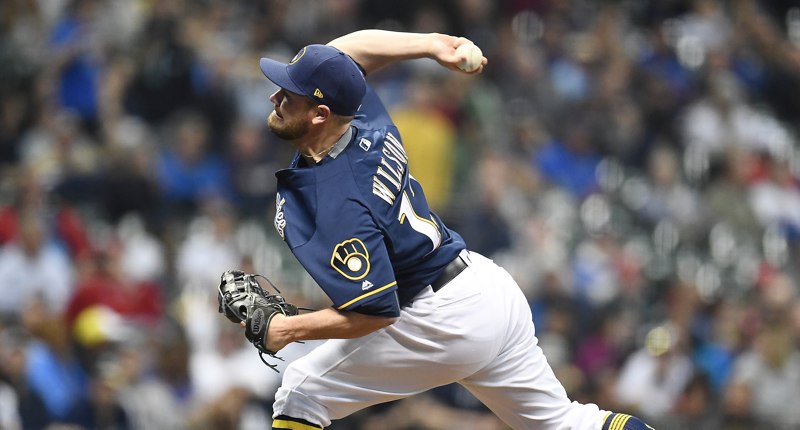 It’s a Brewers cast-off for the Cubs, according to Robert Murray. Might as well grab some in-division depth while you can.

Wilson, 32, struggled early this year after the Brewers signed him this offseason. He was really good for several years with the Tigers prior to this season, and had success at AAA for the Brewers. Maybe he gets it back in the Cubs’ system, and earns his way to a September call-up. You never know.

I presume this is a minor league deal, and it also will give the Cubs the chance to control Wilson for the 2020 season via arbitration if they decide late in the year that it’s worth it. Just an option. Just an option.

In the meantime, Wilson is additional depth for the big league pen should a series of additional misfortunes befall them (or if the Cubs know of some tweak to make him break out or something). Low risk move. No, he’s not here to replace Craig Kimbrel.

Oh, and maybe he can spill some beans on the Brewers’ pitching infrastructure while he’s here.