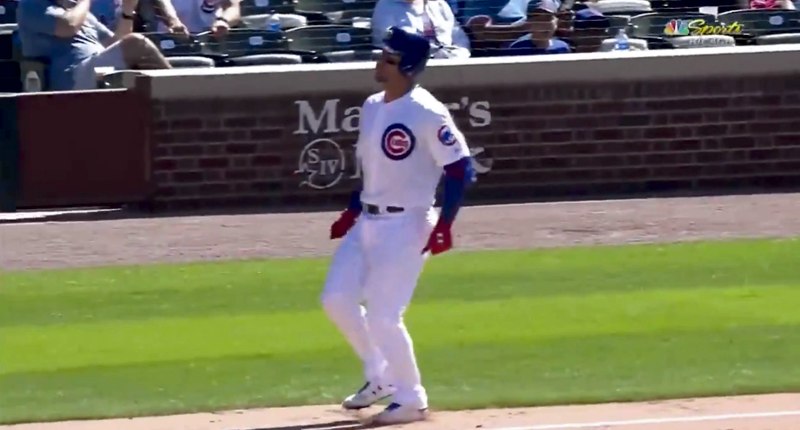 Willson Contreras was scheduled to get an MRI on his injured hamstring today, so there’s a good chance we’ll get even more definitive word than this later. But, for now, here’s your early update on the Cubs’ starting catcher.

Given Contreras’s visible pain and frustration, and given that he was put on the Injured List before the MRI even took place, it was a lock that he at least had a mild hamstring strain, which would keep him out for a month. So this is not at all surprising.

Indeed, to be honest, I’m not actually sure it tells us much just yet. If the strain is something a little worse than mild, he might be termed “out four weeks,” but that could be entirely out. Like resting. Which would mean his return to the Cubs would be another week or two after that – at which point you’re talking about mid-September.

If, however, it’s estimated that he’ll be back in four weeks, then you’re definitely talking about a very mild strain. Which would be a pleasant surprise given how it looked.

The good news, for now, is that it doesn’t look like “oh shit that thing is clean off the bone, he’s done for six months” or whatever situation. More later, I expect.

I also still expect the Cubs to try to pick up another catcher as soon as possible.