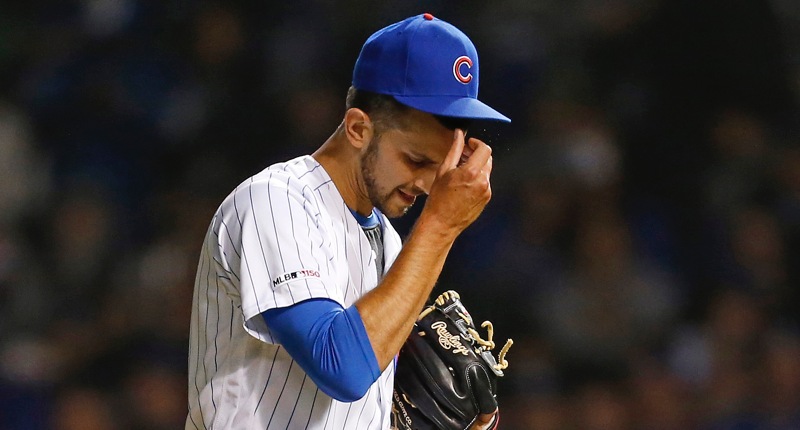 The “Kyle” in that headline could refer to Kyle Hendricks, who was great last night on a tough night to pitch. But he wasn’t the guy I wanted to drop a note on.

5 years ago today Javier Báez homered in the 12th inning in his MLB debut. #Cubs pic.twitter.com/5gHx8MkWag

Jed Hoyer didn't try to spin it. They decided not to keep 3 catchers because it's hard to keep 3 happy/involved. They tried in '15, part of '16. (Hoyer indicated '15 it was an issue)

#Cubs No. 1 prospect Nico Hoerner showcasing his versatility by gunning down a runner from centerfield on an absolute rope to record his first career outfield assist at home plate.

Breakdown of the No. of starts at each position this season:

The Bears Apparently Had Ex-NFL Punter Pat McAfee Try Out As a Place Kicker This Summer https://t.co/iOKZHV7hKg pic.twitter.com/KkjfModPFV

if you could pick only one Cubs player to protect you from 30 to 50 feral hogs, which player would you pick?