Javy Baez Left the Game After a Hard Foul Ball, But Sounds Like He's OK Skip to content 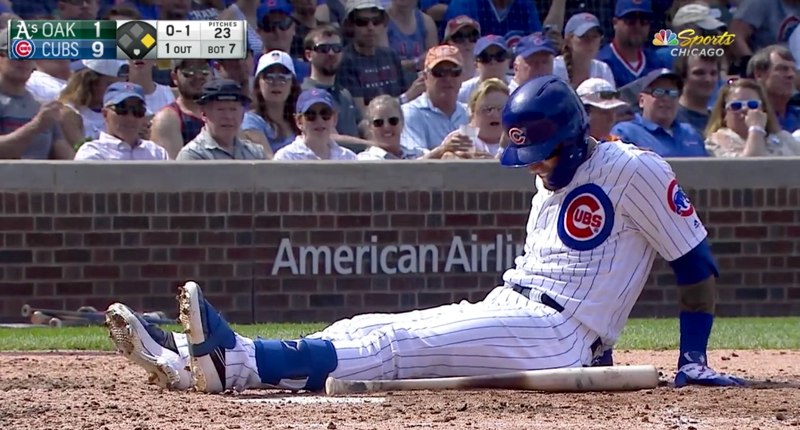 In case you were worried about Javy Baez’s departure from today’s game after an at bat in which he fouled one off his leg, it sounds like he’s OK.

Maddon also said Javy is fine after hitting foul ball just above the protective pad on his left leg. He came out of the game just 'cause Cubs were up big and it was late – no sense in pushing it.

It looked like one of those classic scary knee/shin shots that you just hope doesn’t leave a deep bone bruise, or worse, a break:

Thankfully it sounds like Javy Baez escaped any kind of serious injury on this foul ball. Looks quite painful. pic.twitter.com/dEkFKCxmqy

Baez wound up finishing the at bat, and then departed the game, which was already a blowout. There is no reason currently to believe he won’t be fine and good to go for tomorrow night’s game in Cincinnati.