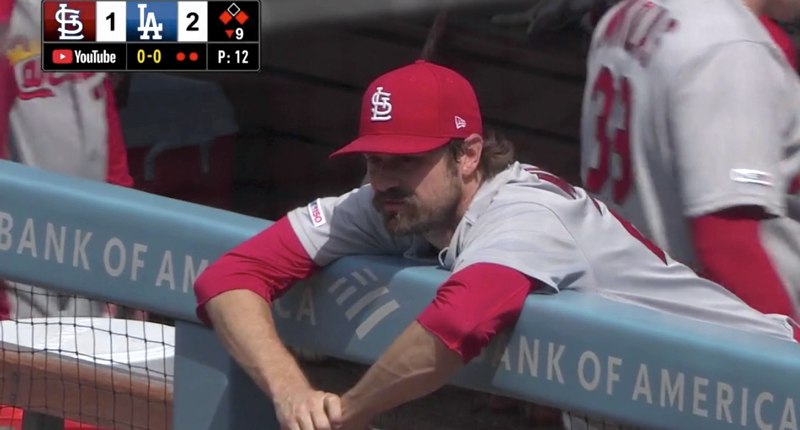 The Cardinals held the Dodgers down all day, taking a 1-0 lead into the bottom of the 9th.

With one out in the frame, Corey Seager got hit by an Andrew Miller pitch, and Will Smith singled to put two on. Carlos Martinez then struck out Edwin Rios for out number two.

But a wild pitch sent the runners to second and third, and Russell Martin bounced one up the middle – just out of everyone’s reach – to walk the game off:

With the loss, the Cardinals fall 3.5 games behind the Cubs – hooray for Cubs homestands! – and a half-game behind the Brewers, who play tonight in Pittsburgh.

At the present moment, the Cubs’ 3.5-game lead in the Central is their largest of the season.

With the #Cubs win and the Cardinals loss, at this precise moment, the Cubs have their largest division lead of the year!