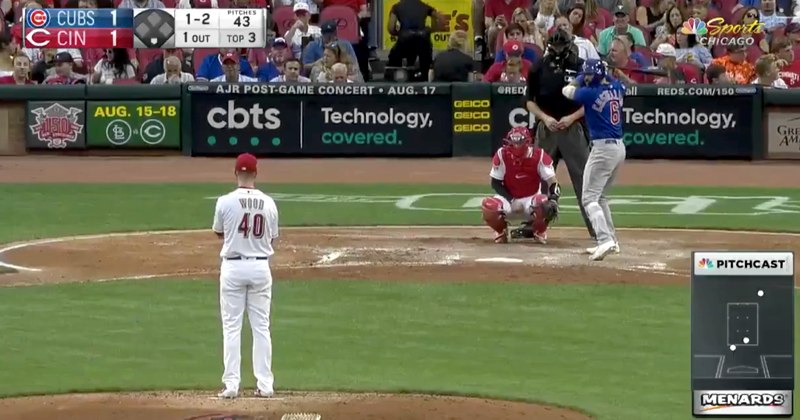 The Cubs’ new outfielder seems not to do much of anything except rip the ball. Mostly doubles. Not always doubles.

Earlier in the game, Nick Castellanos was thrown out at second base trying to get one of those doubles, and this time, he accidentally hit it too far for a double:

And now the cries to extend him will only get louder.