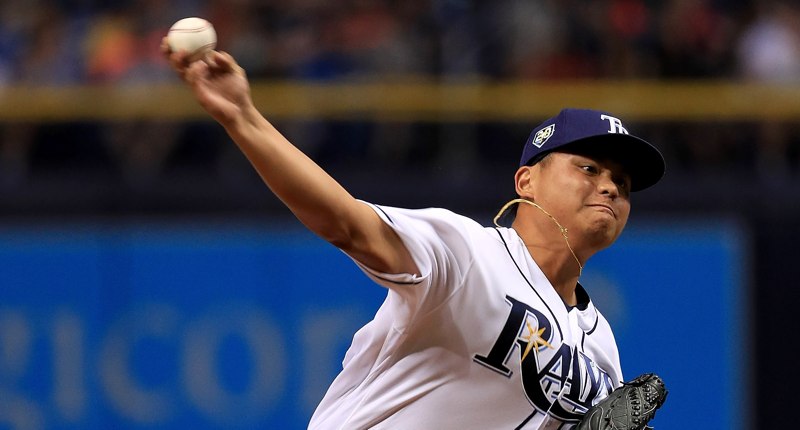 Not unlike their signing of Alex Wilson earlier this week, the Cubs continue to add some just-in-case additional pitching depth to AAA Iowa, even at this late hour. And, not unlike Wilson, the latest signing is a guy the Cubs could keep around through the offseason to have available as an option next year, too.

Righty Chih-Wei Hu was a long-time Twins and Rays prospect with considerable success in the minor leagues, so much so that FanGraphs had Hu as the 7th best prospect in a loaded Rays system just two years ago. In that time, however, he struggled to make a successful leap to the big leagues, got squeezed off the Rays’ 40-man roster last fall, was traded to the Indians, and ultimately released after struggling badly at AAA.

Hu, 25, is a starter by trade, but it’s usually at this kind of crossroads where a guy gets a longer look as a reliever to see if the combined effect of shorter bursts and a reduced repertoire can turn a guy into an effective bullpen arm. Obviously it didn’t happen this year with the Indians, and now the Cubs will take a look.

From the FanGraphs writeup when he was traded in the fall:

“25-year-old Taiwanese righty Chih-Wei Hu was a 2016 Futures Game participant and his stuff that day was as nasty as any pitcher at the event, as he sat 94-97 with a plus-plus, mid-80s changeup that seemed to disappear entirely as it approached the plate.

Hu’s five-pitch repertoire hasn’t truly been on display in his limited big league appearances, all of which have come out of the bullpen. His stuff has ticked down a bit; his fastball now sits in the 91-94 range and will touch 95, and his goofy, upper-80s palmball changeup has screwball action and is his best shot at missing big league bats. Hu also has an upper-80s slider/cutter and a low-80s knuckle curve, both of which he needs to locate in order to be effective because they’re very hittable if left in the strike zone.

Essentially, Hu has backend starter stuff but it’s possible a full-time move to the bullpen will enable his fastball to play up. If armed with a plus fastball and that weirdo changeup, Hu could be a high-leverage reliever. He still has an option year left and will likely open 2019 as a starter at Triple-A.”

Sounds to me like a guy that you’re all too happy to get into your system late in the year, tinker with the mix and mechanics, and then see if he’s worth a 40-man spot after the season if you want to keep him (or if you can get him to agree to a new minor league deal before he hits the open market).

And in the meantime, he’s additional emergency depth for the big league staff. A nice quiet little transaction right there for the Cubs.

Hu made his Iowa Cubs debut last night, by the way, with three innings of scoreless ball … with five(!) walks. Plenty to work on still.