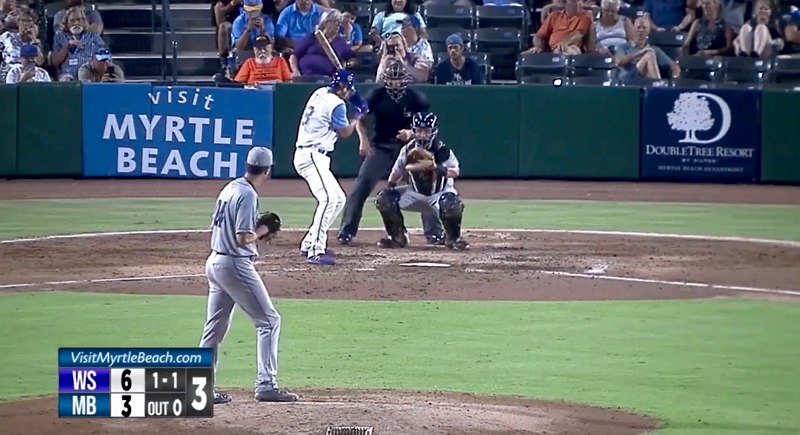 Ben Zobrist’s reconditioning tour kicked off its second concert venue at Myrtle Beach last night, and the Cubs’ utility man went ahead and hit a dinger for the Pelicans.

Given that Zobrist is still working his way back into playing shape, that is *kinda* going out on a limb there, AtPelicans:

Great shot for Zobrist, hunting the high fastball – that was up at the letters, and Zobrist was ready. I’m impressed by the power after the time off, because if you follow the Pelicans, you know that the park is not exactly home-run-friendly. The ball just doesn’t travel all that well down there for whatever reason. So Zobrist really put a charge into it.

Zobrist will finish out the weekend with the Pelicans, and he and the front office will once again regroup and decide next steps. My guess has been that they’d want him to spend more time at AAA than the other stops, so it’s possible he gets to Iowa by the second half of August, and then plays for a little while longer there in the run-up to roster expansion in September.