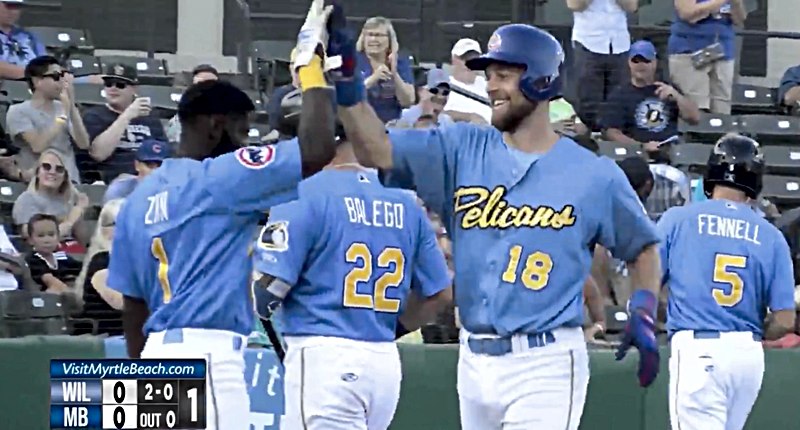 Well, one aspect of Ben Zobrist’s reconditioning work is quite clear: he’s ready to hunt high fastballs at High-A.

For the second straight game, this time leading off the game, Zobrist went after a fastball at the letters and ripped it out of the park:

That’s a young pitcher getting schooled by a veteran who knew exactly what he was looking for. At least you can tell your family about it.

From a preparation standpoint, though, it’s still nice to see that Zobrist has the bat speed to generate power. When he has struggled with the Cubs, it’s been because some health issue was limiting his hard contact. The rest of his game – discipline, contact, zone awareness, etc. – all remained strong, but when he couldn’t sting the ball, he couldn’t produce. That’s what you will want to see from him if and when he returns to the big team later this month or early in September.