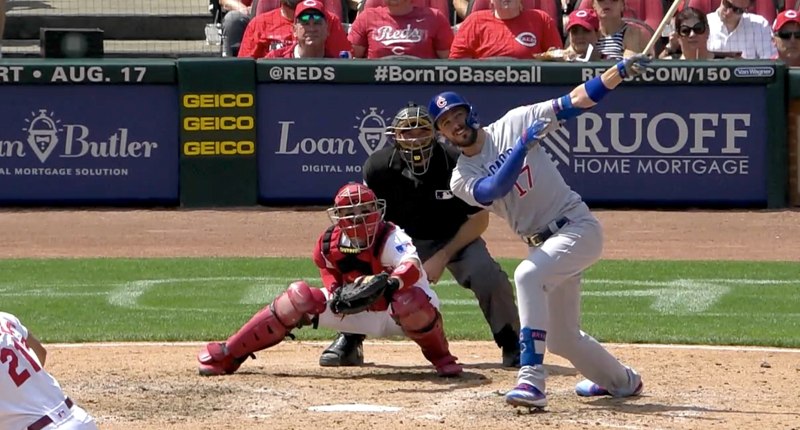 I don’t know any of the specifics or if there even are any specifics, but suffice to say, when Thom Brennaman left the Cubs broadcast booth back in the mid-90s, he did not carry with him a lot of love for the club.

The antipathy he holds for the Cubs and their fans is evident in every Cubs-related broadcast in which he participates, bubbling to the surface most clearly a few years ago when he dropped the perfect and now infamous “enough already” line:

Brennaman closes his rant about the Cubs fans (featured below): "Enough already." pic.twitter.com/9lPWyGp41W

Well, Brennaman was back at it yesterday, calling the Reds game, and quite frustrated that his club could not hold down a late lead. As Kris Bryant homered to bring the Cubs all the way back, Brennaman’s frustration percolated into yet another perfect moment, with the thousands of Cubs fans in Cincinnati screaming in the background:

You don't need an alarm clock. You just need Kris Bryant homering, as called by Thom Brennaman of the Reds' broadcast. pic.twitter.com/XsjFVTavZk