Enjoying the Rowan Wick Evolution, and the Fruits in 2019 Skip to content 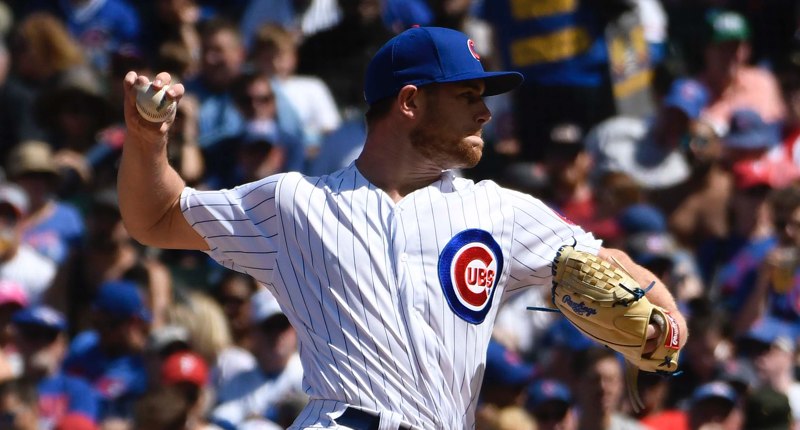 The St. Louis Cardinals, then a scouting and player development behemoth, drafted Rowan Wick in the 9th round of the 2012 draft. He was, at that time, a 19-year-old junior college catcher. By the time he’d reached High-A a few years later, it was clear enough to the Cardinals that Wick was not going to be able to hit, and that’s when they started the process of converting him into a pitcher.

From there, he got limited exposure as a pure relief prospect in 2016 and 2017, but reached AAA in just his second full season of pitching. But he didn’t see success at AAA, and, presumably because of his unusual development trajectory and a roster crunch in Spring Training, the Cardinals bounced him from the 40-man roster in early 2018. The Padres took a chance on him, he dominated AAA this time around, but got only a so-so taste of the big leagues before the Padres, too, decide to move him to help with a 40-man roster crunch.

The Cubs were the beneficiary, and it seems Wick took that next step forward in his development, humbling batters in the offense-crazy PCL before sticking with the big league Cubs. Wick is why you take so many low-cost swings on guys with interesting stuff and atypical development routes.

Almost any way you pick apart the early returns, batters just haven’t been able to do much of anything with Wick. Unlike many of the other fill-in AAA arms over the past few years, Wick isn’t just getting good results – the numbers behind the numbers actually look good this time, and the eye test matches. The guy pairs a 96 mph fastball at the top of the zone with a hard, diving curveball. He can throw a slider and a cutter, too, but right now, he can just feast with his excellent two first offerings.

Wick has set himself up to be an important reliever for the Cubs down the stretch, regardless of the coming injury returns from others in the bullpen. Indeed, if you want the silver lining from the various injuries, it’s that it provided an opportunity for Wick to really get a look in some serious situations. You can’t quite know what you have until you start there.

For more on Wick’s unique story and what he has put together this year with the Cubs, here’s a good read from Jordan Bastian, complete with all kinds of data, analytical, and graphical fun:

When Rowan Wick arrived to Spring Training, the Cubs asked him to step into their lab.