Worst Loss of the Year? We Should All Be So Lucky Skip to content 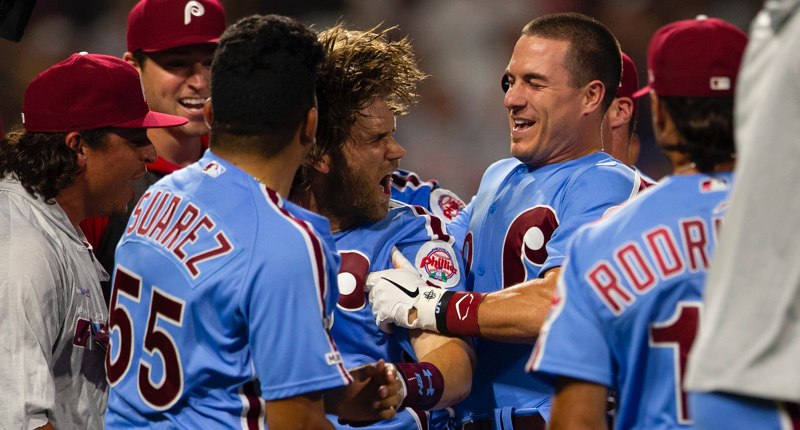 But it did, and the residue clings to us like a day old shirt, crusted and foul from the questionable decisions of the night before.

I hope it proves easier for the players to move on from this loss than it is for the fans.

Anthony Rizzo conceded that, yeah, it isn’t just us – this was the worst loss of the year for the team:

Rizzo was asked where this loss ranks this year: "It's No.1 for sure."

Rizzo: “We all feel bad as a unit” pic.twitter.com/5mBBzbXCm6

Hey. You know. If it proves to be true by the end of this season that this was indeed the worst loss of the year – worst probability, worst feeling – then maybe that’s not so bad. Postseason losses feel much, much worse. Though I suppose you have to get to the postseason to even get the chance to feel worse than we do today …

But the reasons for that loss last night were pretty fluky. The Cubs are missing their three back-most relievers, and if they had just one of those three healthy, perhaps that game goes differently. Javy Baez was scratched due to sickness at the last moment, and if he’s playing shortstop (and thus David Bote is at second in the 9th), that whole inning probably goes differently – smoothly, even. If we step back and just look at how that particular game played out, in isolation, it was kinda a BS loss built mostly on injuries/sickness, which isn’t predictive of anything.

That is not to say there aren’t takeaways from the loss. Although I don’t beef too much with when Darvish was pulled, I do think it’s highly questionable that Tony Kemp was used as the pinch hitter, and thus not available to play second base on defense in the 9th (Ian Happ, God love him, is getting exposed there). I also think it’s beyond questionable that Pedro Strop was called upon to be the guy to get out of a serious jam in the 9th (God love him, but Strop is NOT that guy right now).

Mostly, now, all I can think about is how badly I – personally – need the Cubs to win tonight in Pittsburgh. I want this stink off me. That’s the blessing and curse of baseball: you can get past a once-in-a-season loss like this pretty darn quickly if the team just wins the next night.

But if they don’t, it all just kinda compounds, and you start becoming less and less able to shake the grand “solutions” in your mind (fire everybody, trade everybody, etc.).