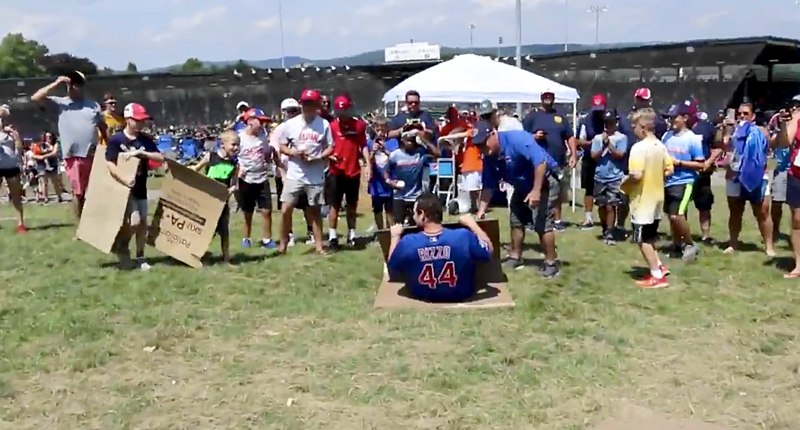 When in Rome, act as the Romans do. When in Williamsport, act as the Little League kids do.

The Cubs are making the most of their special day. Enjoy:

Enjoy this video of @ARizzo44 living his best life and sliding down a hill at the Little League World Series. pic.twitter.com/HwhMvXItlN

Before heading to Bowman Field for the Little League Classic, Cubs players sat in the stands to take in one of the LLWS games. pic.twitter.com/JcdABH2vOU

Autographs and selfies as the Cubs make their way to the bus… pic.twitter.com/oGhic5ZBDl

Japan was about to start their game with Mexico. But someone had to come say good luck first.#LittleLeagueClassic pic.twitter.com/WASXeM8BqK