WOW, and Now It's David Bote Being Sent Back to AAA Iowa Skip to content 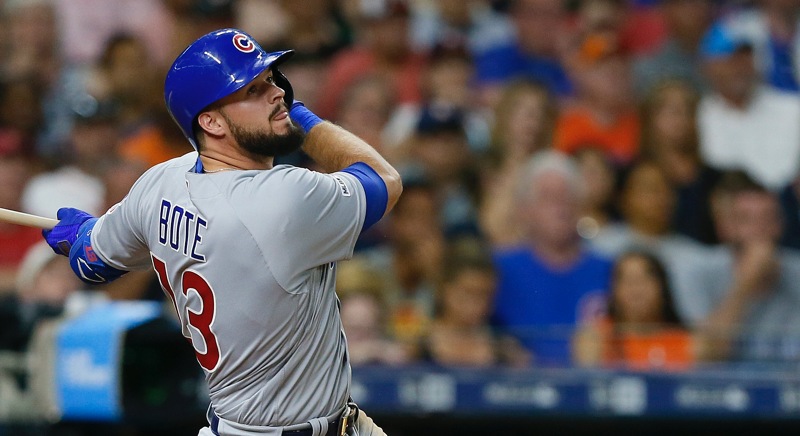 Apparently this is the week to send guys down to Iowa after spending some successful (and some not successful) time in the big leagues.

After Albert Almora was sent down for a couple weeks, now it’s utility man David Bote, who’ll head to AAA Iowa as the team activates reliever Steve Cishek from the Injured List. Cishek was dealing with some hip soreness, but apparently it was very minor, because, like Craig Kimbrel and Brandon Kintzler before him, he’ll return without a rehab stint.

Bote, 26, is signed to a long-term deal with the Cubs, but that doesn’t prevent them from optioning him to Iowa when the need arises. And although Bote has rebounded nicely with the bat off late (and is hitting a solid .257/.352/.429, 102 wRC+ on the year), his defense seems to have regressed a great deal this year. As with Almora, I doubt he’s being sent down specifically to “work on his defense” or anything like that. Instead, I expect he’s being sent down to get regular starts at Iowa while there is still time to get them.

Although Bote’s immediate replacement on the roster is Cishek, keep in mind that the team may want Daniel Descalso and/or Ben Zobrist back up before rosters expand to the full 40-man on September 1. In the meantime, Bote (and Almora) can help Iowa lock up a playoff spot in the PCL for the first time in a decade. That’s kinda nice.

Of note on Almora and Bote, by the way, if they return when rosters expand (ignore Bryan’s *TERRIBLE* guess):

If David Bote has indeed been optioned to Iowa, as the website suggests, it’s late enough in season that he won’t use up an option year.

If I had to guess his replacement on the 25: Descalso.