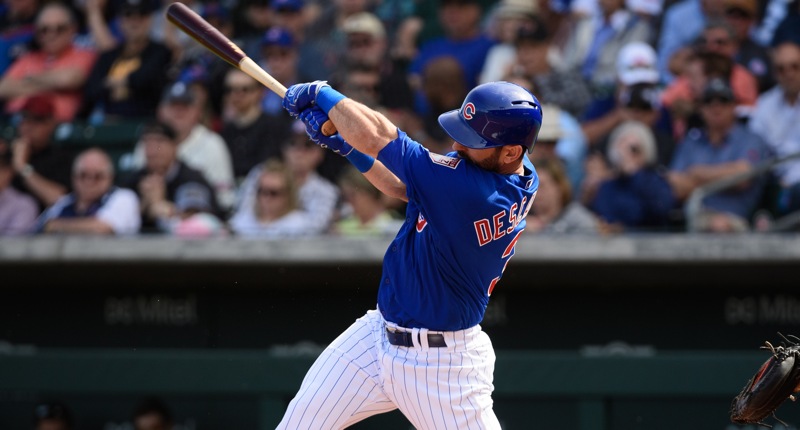 I know I’m beating a dead horse at this point when I talk about the way the Cubs treat position player injuries, but it’s a dead horse that the Cubs still haven’t put on the Injured List. “Maybe he can play through it in a couple days,” the Cubs say as the horse is hauled off to the horse morgue.

On May 4, new Cubs signing Daniel Descalso was hitting .253/.340/.386 (92 wRC+). No, he wasn’t showing a plus bat yet, but for a versatile veteran who brings a lot to the clubhouse, it was plenty enough to be a useful piece. And he could improve from there.

But on May 4, he turned his ankle running the bases, and was out … for one day. He returned to pinch-hitting duty on May 6, and was back in the field a few days later, drawing regular starts for the rest of May. But after the injury, for which he obviously did not hit the Injured List at the time, he hit just .104/.222/.130 with a 1 (ONE) wRC+, before he was finally placed on the IL nearly THREE MONTHS after the initial injury.

How did that happen? How on earth did the Cubs and Descalso allow those nearly three months to go by without doing something more than daily treatment, and an unsuccessful pinch-hitting appearance?

Not sure we’ll get a precise answer on that one, but at least Descalso is being pretty forthright about it as he gears up at Iowa for a return to the big leagues now that he’s healthy:

#Cubs infielder Daniel Descalso was battling his hurt ankle for most of the season before he landed on the injured list. It may be part of the reason why he struggled so much. https://t.co/X5KVQRRGV6

Descalso isn’t blaming the entirety of his performance on the ankle injury, but he does admit, “It’s been frustrating just trying to play through it and manage it instead of maybe resting it when I should have.” That’ll probably only get more frustrating in hindsight if Descalso returns and plays at the level to which he’s become accustomed. I mean, don’t get me wrong – I’d love that! – it’s just that it didn’t have to be this way.

When it comes to pitchers, the Cubs are all about that Injured List, as we’ve seen lately with their bullpen. But with position players? It certainly seems like there is tendency to let players work through stuff on the fly – Jason Heyward’s wrist, Ben Zobrist’s wrist and back, David Bote’s toe, and Kris Bryant’s shoulder are several recent ones that immediately come to mind – instead of just biting the bullet and sitting them down. Maybe the players resist. Maybe the training staff made mistakes. Maybe the Cubs are too optimistic. I don’t know.

I just know that how Descalso’s situation proceeded this year must be looked at with a critical eye so that the Cubs can learn from it. Clearly, things went wrong. Do better next time.

Anyway. Here’s hoping Descalso gets sharp at Iowa, and can be a very useful bench piece for the Cubs down the stretch.