Here's a Really Stupid and Embarrassing Brewers Play, and the Rest of the NL Central Standings
Search
Skip to content 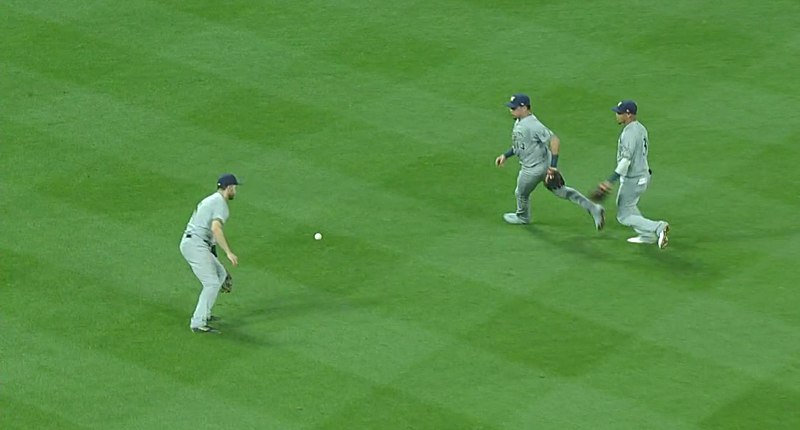 The Brewers didn’t just lose again to the Cardinals last night. They lost in extremely crushing and embarrassing fashion.

Here’s Dexter Fowler clearing the bases in the bottom of the 6th inning with a “double” about which the Cardinals were literally laughing at the Brewers:

I presume Ryan Braun thought he was clearing out for one of the infielders to take the ball, but what? You were there in plenty of time, dude. Just catch the ball. What are you doing?

Also, though … lol Brewers. We can still have a little fun, even though it was against the Cardinals, right? (The Brewers also had THREE bases-loaded walks in the game. Yikes.)

So, yeah, the Brewers went on to lose to the Cardinals for the second straight night (it’s the Cardinals’ 8th win in their last 10), and are now on the verge of being swept, after climbing back to within a game of first place in the Central: