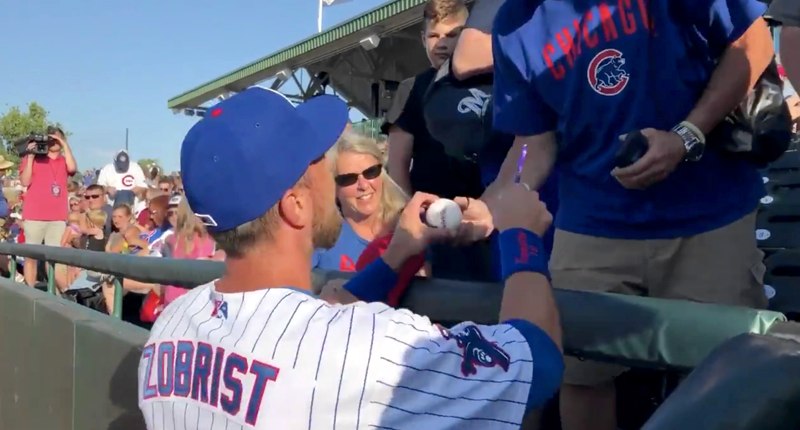 The next steps in the Ben Zobrist Return to Utility have been laid out, and it feels more and more like he is definitely going to be back with the big league team in September.

Ben Zobrist will play for AA Tennessee on Thursday and then move up to AAA Iowa again on Friday and Saturday.

As we mentioned before, the Smokies are playing in Jackson, Tennessee this week, which is only about two hours away from Zobrist’s home outside Nashville. So basically, he got to go back home after his weekend with the Iowa Cubs, attend to his family situation for a few days, and then play a game while he’s down there. I appreciate how the Cubs have seemed to coordinate this reconditioning plan for Zobrist in a way that also accommodates his family needs. I would think that other players would appreciate that, too.

After the one-gamer with the Smokies, Zobrist will be back with Iowa this weekend. That, too, is nice, because he’ll actually be able to spend some time there in Des Moines as part of this comeback.

By the time the weekend is up, there will be just one week left before September 1, when rosters expand to the full 40-man, and accommodating Zobrist – whatever his ability to contribute on a daily basis – is going to be much easier. It’s possible, though, that if he’s ready, he could be back with the Cubs sooner than September 1. Heck, the Cubs are going with a three-man bench right now, and somebody is gonna have to come up soon, even if it’s not Zobrist.