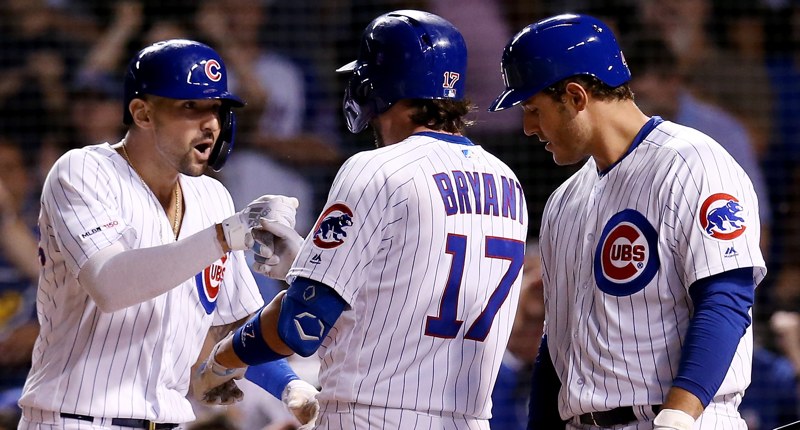 With a hearty hat tip to the rain, the Chicago Cubs rode last night’s crazy win over the San Francisco Giants right back into first place in the NL Central.

The highlights from the Cubs’ win, if you missed it or just want to re-live it:

As for the aforementioned rain, that’s what cut short the series finale between the Brewers and Cardinals, with the Brewers coming out on top because they led before the final inning began. For that reason, the Cardinals didn’t get an opportunity in the 8th or 9th innings to come back from their two-run deficit. I’d be pretty ticked if I were a Cardinals fan, even though I understand the rule.

We can’t yet know which of the Brewers or Cardinals will ultimately be there in the end – maybe both – so we can’t know for sure whether it was a good thing the Cardinals lost or not. But when it comes to these head-to-head series, my default is always wanting to see anything except a sweep. Let both teams bank a loss or two. Thus, I’m happy about the outcome.

And I’m happy to see the Cubs back in first place, even if only for a day.