Surprise! Kris Bryant is Clutch (Note: This is Not a Surprise) Skip to content 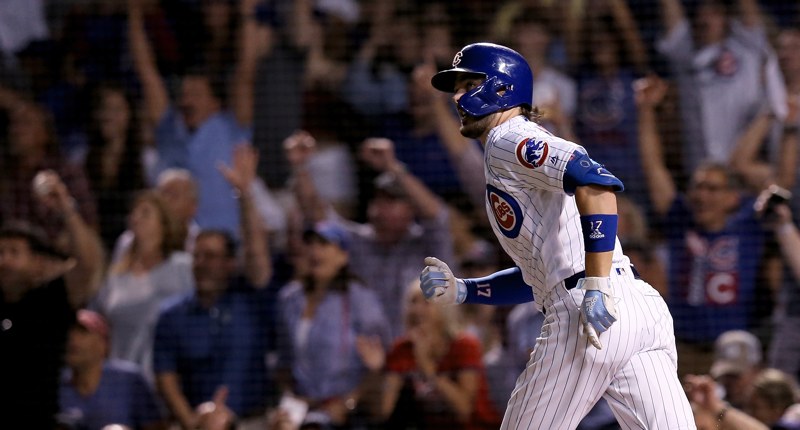 Kris Bryant and clutchness. It’s long been a talking point surrounding Bryant, mostly I suspect because he’s so very good overall that when he “doesn’t come through” in a big moment, it stands out. But I have not really been able to absorb it as a true thing. I have tended to think that Bryant is basically just a really good hitter, and on that basis, he sometimes comes through and sometimes doesn’t.

After all, Bryant was one of the best high-leverage hitters in baseball in his rookie season, and it seems doubtful he suddenly forgot how to hit in big moments after that. And now, even if you want to credit those clutch numbers as a legit thing, you’ve got to acknowledge that Bryant is now EXTREMELY clutch, especially after his recent binge of huge, late homers. His “clutch” rating at FanGraphs this year is 11th in the NL, and tops on the Cubs.

And his homer in the 8th inning last night won the game. Klutch:

3 of Bryant’s last four HRs have been go-ahead shots in the seventh inning or later.