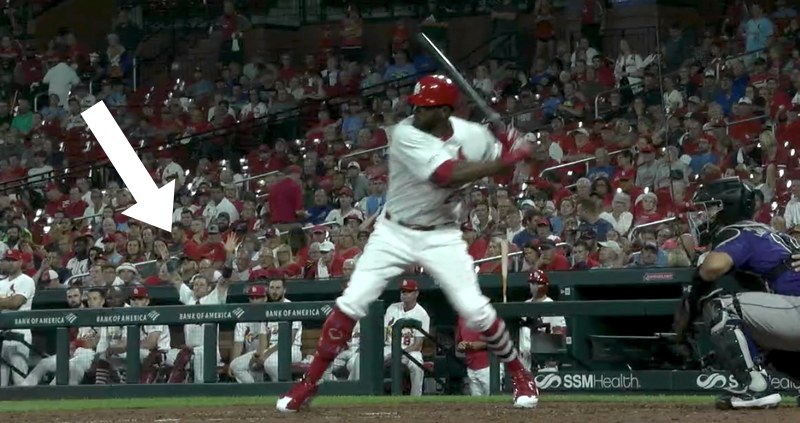 The Rockies blew a three-run lead late to the Cardinals last night, which I blame entirely on Nolone Arubando, but at least the Cubs posted their 69th win of the season yesterday to preserve their half-game lead over the Cardinals in the Central.

The decisive blow in the Cardinals/Rockies game was a Dexter Fowler two-run homer, which might be notable enough because of the division race and our general affection for Fowler. But that isn’t why I’m sharing this.

Instead, I’m sharing this because I absolutely hate how awesome this is. Watch it twice:

Yep, this is the coolest thing you'll see tonight. Yadi knew Dex hit that out of the yard before he even swung the bat. #TimeToFly pic.twitter.com/mdiptBq46M

I suppose we could just say it’s one of those things that happens, and if the pitch had been a ball or whatever, Molina puts his hands down and no one remembers. He did not indicate after the game that he actually knew something about the pitch that was coming and why he thought it was going to get rocked. He just said he felt like he knew somehow.