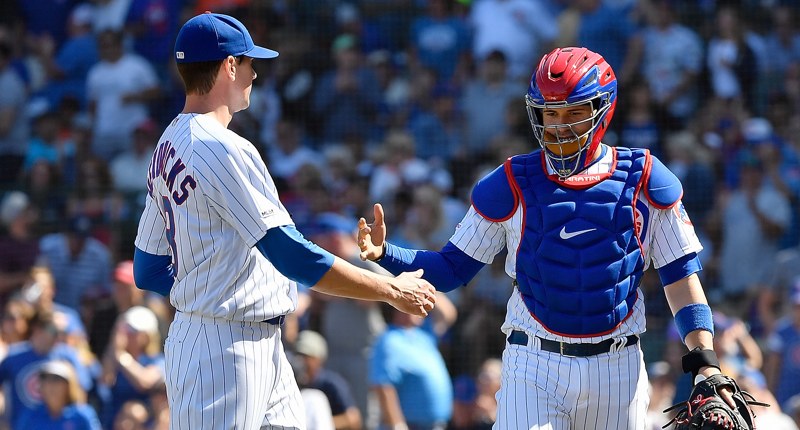 So, I got in trouble last night because of a Bears tweet I fired off quickly when I saw that the Packers’ first round pick, Rashan Gary, had been carted off the field in a preseason game. I would never make a joke about something like that, and instead, I just wanted to share the info and comment “yikes.” So – and here was the mistake – I shared the injury tweet with just a single emoji. This one: 😬 (titled “grimacing face,” for the record). Apparently not everyone agrees on the meaning of that one? Because our Bears Twitter account got lit up for it, with people thinking I was celebrating the injury or laughing at it or something. Pretty sure Luis hates me right about now. So I guess the lesson is be careful in assuming everyone has the same understanding for what an emoji means? And also, maybe don’t use an emoji to convey a serious message about an injury? My bad, Lu.

Hendricks has walked two or fewer in 23 consecutive starts. That's the longest such streak by a Cubs pitcher since 1984 (Scott Sanderson, 24).

It might’ve been KB’s HR, but this is all I could think about when I saw Castellanos celebrating around second base last night: pic.twitter.com/KAqG0e0Ybm

The repercussions of MLB pulling affiliated players from the Venezuelan winter league could be severe — and, some worry, lead to a scenario in which Venezuela bans amateurs from signing with big league teams.