Getting Good at Getting Over Blowouts, Lester, El Mago, Uniforms, and Other Bullets Skip to content 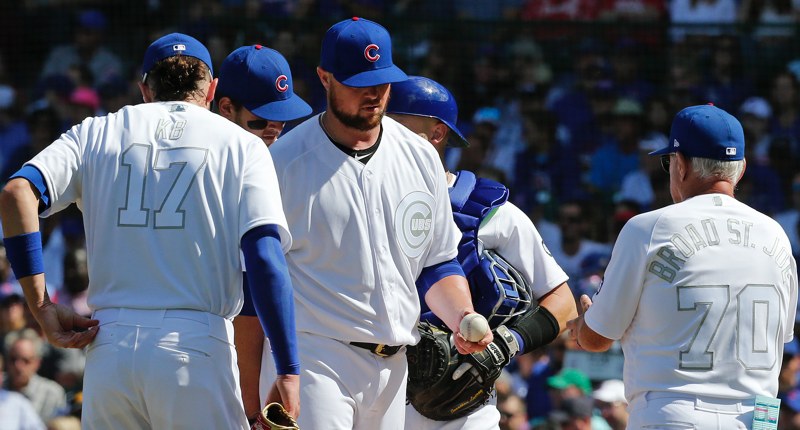 Hey, man. They had a five-game winning streak, and then lost a game. I’m not gonna get all sour about a blowout yesterday. Moving on today. I feel fine. I’m getting really good at getting over blowouts.

"I think he's gonna be fine. He will find a way to get himself back into the picture in the right way. There's a lot of time left with the playoffs, etc., so I'm counting on it. I believe in Jon."https://t.co/h52RWUUhXG

This is remarkable, but Jon Lester’s winless streak against the Nats continues. His last win over the Nats was over a decade ago – 6/24/09. He’s done after 4 1/3 today.

I mean, maybe this gets to the concept stage, the illustration stage. But once the prototype hit the field, how did someone not say "No, this won't work like we thought. What else you got?" #Cubs #PlayersWeekend @BleacherNation @realcubsinsider @UniWatch @PhilHecken pic.twitter.com/7k53Bpu2ci

We’d like to thank those of you who have reached out to inquire about our duck mascot performer. The duck was tackled during an on-field incident – it was not part of the show. We’re happy to report the performer is receiving medical attention and hope will make a full recovery. pic.twitter.com/bl5pm2iw0T

Don’t mind me. I’m just out here at the Twins-Tigers game giving thanks! @obvious_shirts pic.twitter.com/aMerGpY1QK