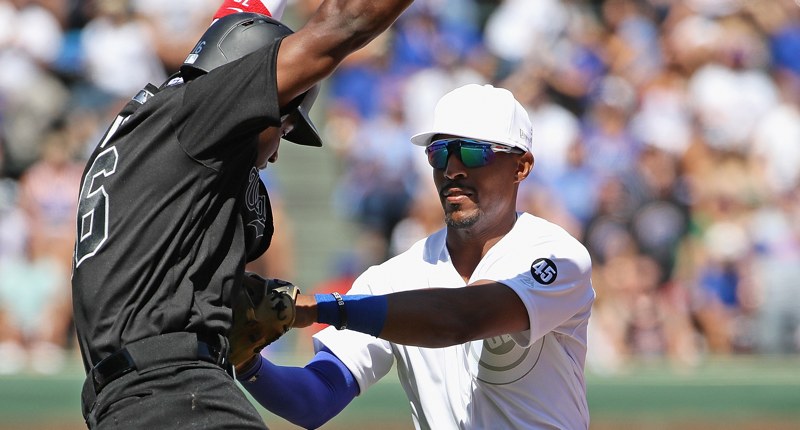 I know a lot of folks have wondered why Tony Kemp continues to draw so many starts at second base, and although I’m not necessarily going to defend it, I think I can at least answer it.

Through 45 plate appearances, Kemp’s results have been garbage – .171/.200/.244 – but underneath the hood, he’s been absolutely scorching the ball. We know how results in small samples in baseball can be like this, and when you’re evaluating how well a guy is playing for the purposes of how much you want to keep playing him, a guy who line drives his way into four straight outs may be seeing the ball a bit better than a guy who dribbles his way into a couple infield singles.

Then, you have the defensive component, where Kemp has pretty clearly been the Cubs’ best available non-Addison-Russell option at second base, and it’s very easy to answer the question of why Kemp has seen so many starts lately.

Again, I’m not necessarily defending it, but I can see the logic, and I don’t really have a beef with it, especially against righties. Will that remain the case as David Bote returns? As Kemp continues not to get results? As Ben Zobrist and Daniel Descalso later return? By that point, I tend to doubt Kemp is drawing a ton of starts, but I suppose we’ll see.

In the interim, one thing I did want to note is what a crazy awesome game he had in the field yesterday. Not only did he make three incredible plays, but it seemed like the ball was always going to him.

Sure enough, per the Sun-Times, Kemp became the first Cubs second baseman with at least eight assists and five putouts in a game since Ryne Sandberg on July 24, 1992. Sure, a lot of that is just the fluke of having the ball hit your way, but it’s also handling all your chances and also turning some hits into outs.

Speaking of which, these plays were really eye-popping, especially the two up the middle: