So Close to a Huge Moment, Schwarber's 30th HR but Uneven Production, Big Prospects, and Other Bullets Skip to content 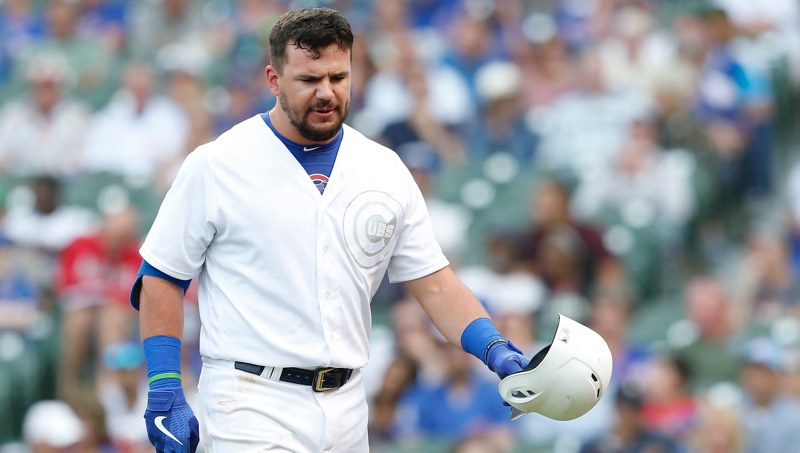 Thank goodness the cursed Players Weekend is over, with its poisoned uniforms in which no team could possibly be expected to win. Note that the Mets, whom the Cubs play this week, were also swept at home (by the Braves) while wearing the whites. Clearly, it was all just the uniforms. (Please ignore that the Cardinals swept the Rockies in St. Louis wearing the whites – clearly, that’s just because the Rockies are awful on the road.)

You probably don't want to hear that the ball Castellanos hit for the flyout in the 10th (107 mph/35 degrees) is a home run 79.5% of the time. pic.twitter.com/QmghiYhutF

Castellanos: "We're going in and we're playing another hot team, which is the Mets. So, to take the whoa-is-me attitude would do nobody any justice. So, we've got to wash it and get ready to play good baseball in New York."

As Tyler notes, Verdugo is considered a solid defender. Shows good bat speed and some projection in the video below.

My favorite streak in the minor league system continues: now 10 consecutive starts for Cory Abbott with 3 or less hits allowed.

Cory Abbott's body count up to 156 Ks as Smokies win!https://t.co/CvQiDeQNsw

MLB made no end of mistakes with this year's PW jerseys, but chief among them is the fact that I gave them this soul-shattering idea a full year ago and I don't think they ever even considered it. Poor leadership, imo pic.twitter.com/0oVZqgh4VF

The Entire Petco Park Crowd Was “Rick-Rolled” By the Padres https://t.co/0OpbqioiNW pic.twitter.com/QyXRKjL3BG