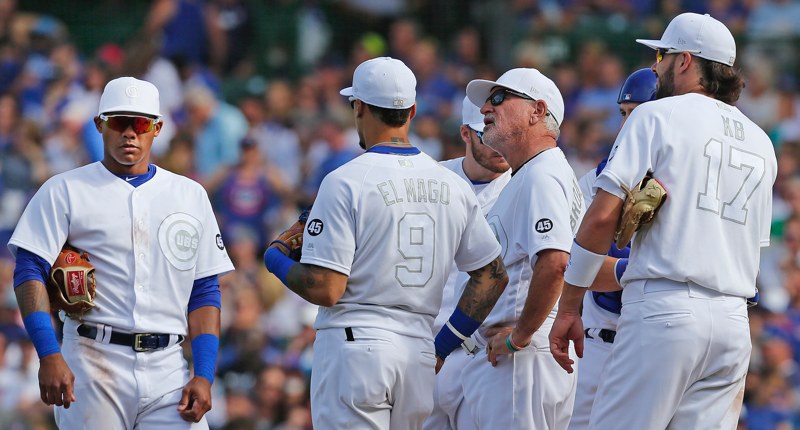 I say “other” up there, because there are so many obvious layers to a sweep in late August in a competitive year being bad. That’s three losses. That’s bad. The Cubs have fallen 2.5 games back of the Cardinals. That’s bad. We all on board with that?

But there’s another reason it was bad, specifically, to get swept at home by the Nationals. It’s not a conversation you’re going to want to have, and thus I won’t force it on you in any kind of expanded way just yet. The NL Central is the thing. This is all just “other.” 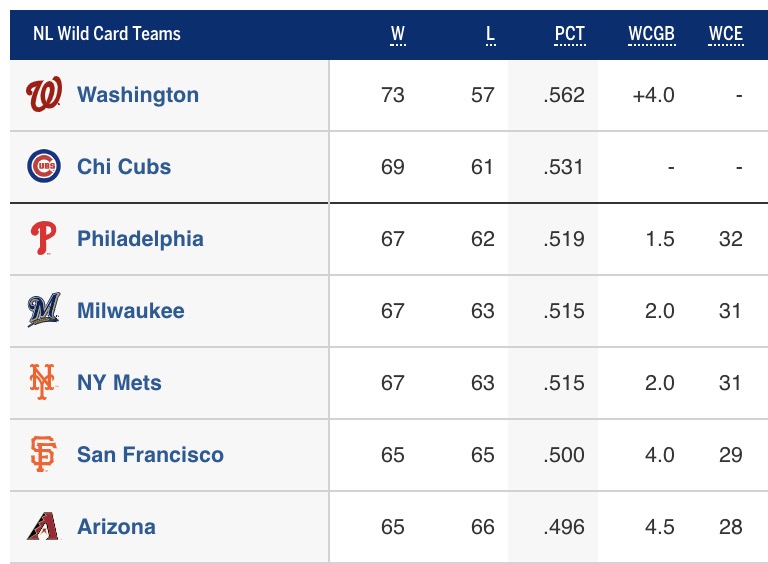 The Nationals, like the Cubs, would love to win their division, but if not, there is always the Wild Card. And, by getting swept by another team in the Wild Card race, the Cubs seriously damaged their position, allowing the Nationals to pull four games clear for the top spot. That’s a very comfortable position – and I’m not even speaking about the home-field advantage thing, I’m mostly just talking about being so far in the clear that you can feel confident you’re making that Wild Card Game, at an absolute minimum. When the Cubs lose to *any* of the teams in the Wild Card race, they hurt themselves double.

(Oh, but also, about that home field thing: if it came down to the Cubs having to face the Nationals in the Wild Card Game, how does Max Scherzer in Washington sound? NEAT!)

Meanwhile, the Cubs now head to New York to face yet another team in the Wild Card race. Even if you aren’t specifically thinking about the Wild Card race at this point, and even if you aren’t specifically worried about the Mets, the reality is that it’s doubly important for the Cubs to beat teams like the Mets right now. (And triply important to beat the Cardinals and Brewers …. )