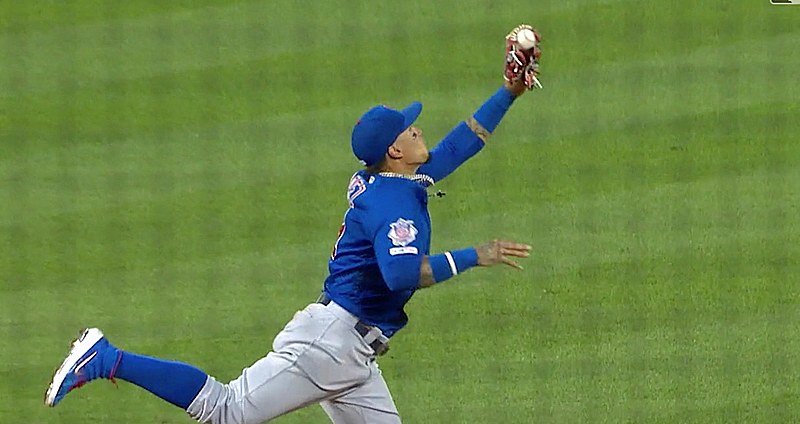 Javy Baez wasn’t exactly El Mago on the basepaths last night, but that’s OK. He’s great more often than he struggles there, so I am just going to slide right past his two times out on the bases and instead focus on his great night at the plate and in the field (also, it took a perfect series of plays to get him at third on that first one, so whatever).

At the plate, Baez doubled twice, homered, took a walk, and generally led the offensive charge. In the field, he made a couple great plays, too.

Oh, also, how about this:

By UZR and FG's defensive runs value, Javy Baez has been the best defensive shortstop in baseball this year.