Still Fine to Hope on the Offense, Scary 9th, Hendricks, Alzolay, Bellhorn(?), and Other Bullets Skip to content 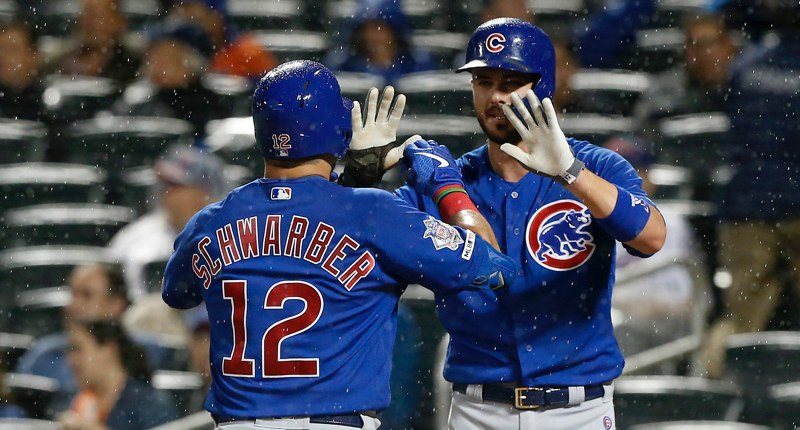 We had some grilled asparagus last night, and it was awesome. I really think it’s one of my three favorite veggies. But, well, I think you know the price you pay after. And if you don’t, suffice to say it changes the smell of your urine in a truly, shockingly powerful way. Heck, if you’ve never had asparagus, you should have it once if for no other reason than to experience the change. It’s wild. And awful.

Coming into Wednesday's action, Noah Syndergaard had allowed just nine ER in 47 1/3 innings during the entire second half. So of course he gives up 10 runs (nine earned) in three innings against the Cubs.

Hendricks on “battling” from the start pic.twitter.com/xvB80FrJLh

Craig Kimbrel finished off the save and unlocked an exclusive offer for #Cubs fans. Enter at https://t.co/paqL7pWuS5.@Biofreeze, available at Walgreens. pic.twitter.com/X9mKzhv55w

Cubs pitchers running away from a huge lead like pic.twitter.com/p4JxTf460R

Just did a quick count live on the broadcast and I'm amazed.

Exactly half of the players (20) on the @Cubs active 40-man roster have played for the @IowaCubs this year.

Willy is the greatest. pic.twitter.com/y5tjzy5p09

A historic season. A summer for the ages. Take a scroll through history in this interactive documentary of the beloved 1969 Cubs: https://t.co/NnTq1Wtg4y. pic.twitter.com/wp24Qy3362

Football is back, and we're launching a new line of shirts … PLUS 20% OFF EVERYTHING to celebrate. Just use the code DABEARS when you check out!