Craig Kimbrel Went an Interesting 1-2-3, and the Velocity Continues to Come Up Skip to content 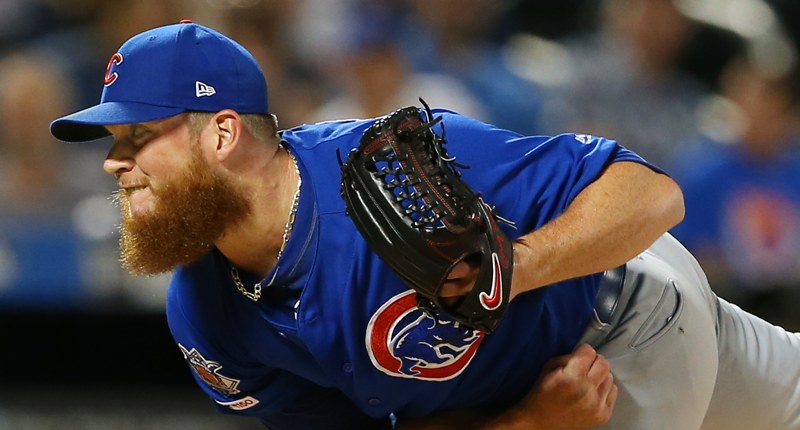 When it comes to three-run, 1-2-3 saves, it’s pretty hard to stress fans out. And I wouldn’t say Craig Kimbrel stressed anyone out last night, but he did have some fun with three straight 3-2 counts to the batters he faced in the 9th.

Kimbrel has now saved 13 of 15 chances, and one of those two blown saves could be partly blamed on the defense in Pittsburgh back in just his third appearance with the team. For the most part, he’s accomplished what he was brought in to accomplish: lock down the 9th in wins.

How about the appearances, though? How they look and how they set him up for the rest of the way?

Well, the numbers are still all too small sample to really tell you much of anything useful (though the signals are all bad: strikeouts are good but way down for him, walks are way up, home run rate is comically large), so you kinda have to stick with the pitch data and the eyeball test. To my eyes, the curveball has looked sharp, but not always commanded well. The fastball has looked fairly well-commanded, but the velocity is still in the process of ticking back up, like it did for him last year. You can see he probably won’t return to where he was in 2017, but there was a steady climb in 2018, and 2019 is that section there to the right (Brooks): 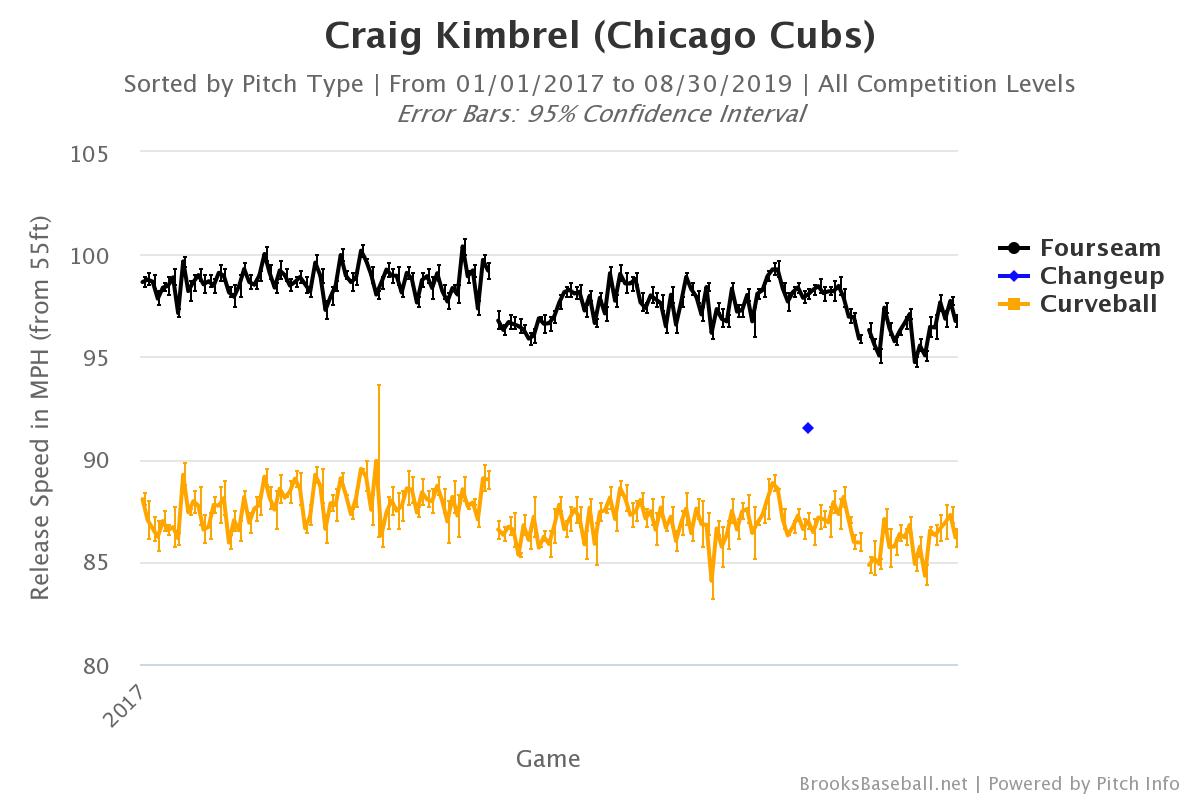 When you look at the movement on his pitches, they more or less track with what he’s done the last two years, so that, too, is an encouraging sign.

I think, if he stays healthy, we’re in store for Kimbrel to continue ramping up the velocity and honing his command as we get into September. Obviously you’d love to have had him at that level all year, but, since that wasn’t possible, at least there is now a really good best case scenario: Kimbrel is at his best down the stretch when the Cubs need him most, and then he’s really fresh for the postseason, when a reliever like Kimbrel can be a game-changer.