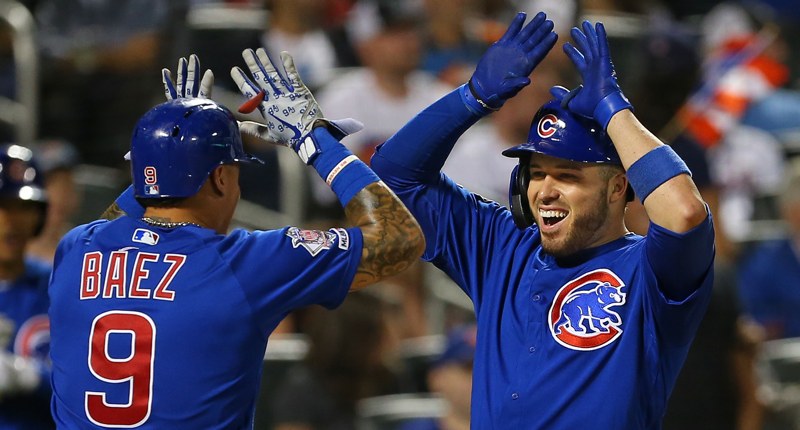 How could it not be, right?

Sure, we usually think of these kinds of “the So-and-So Game” situations as the combination of a huge impact in the game AND it being in late and decisive moments. But when you consider the entirety of the context, if what Victor Caratini did last night does not qualify him for a A GAME, then I don’t know what does.

Then, when you consider that Caratini’s two homers accounted for all four of the Cubs’ runs in the game, and the winning shot came in the 7th inning … eh, I say that means this is The Victor Caratini Game.

Caratini also added a single in the game, and raised his season slash line to .274/.363/.480, good for a 119 wRC+. Thanks to his defensive value this year, he’s been worth 1.6 WAR, making him the 13th most valuable catcher in all of baseball this season. And he’s the Cubs’ back-up!

Caratini got plenty of love from the man across the aisle, too (Cubs.com): “Same pitch he hit out the first home run – slider up and somehow he kept it fair,” Jacob deGrom said. “I have to tip my cap to him. It wasn’t exactly where I wanted it, but still, to keep that ball fair coming in to him after fouling off some good pitches down and away was pretty impressive.”

It is Caratini’s presence that made the loss of Willson Contreras (and Anthony Rizzo, it turns out!) tolerable, just as it was with Alex Avila a couple years ago. I know I banged the drum very aggressively for the Cubs to bring in a veteran catcher to be the primary back-up, and clearly, as things have played out, I was dead wrong. Caratini was ready to be that guy, and he’s been the best back-up catcher in all of baseball.

With renewed thanks to @cubprospects, allow me to say … pic.twitter.com/4oM3lMr6w1