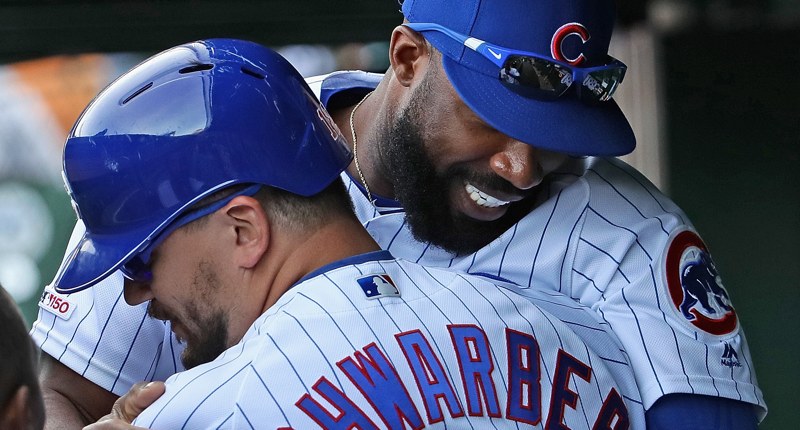 Late in yesterday’s win over the Brewers, Kyle Schwarber added to his team-leading home run total, walloping number 32 way out to right.

Off a lefty, too:

The homer brought Schwarber’s line up to .230/.323/.502 (108 wRC+), and during his more recent whoa-he-is-suddenly-a-contact-hitter second half, to .238/.331/.608 … with a 17.6% strikeout rate. I really can’t wrap my head around that, and like Michael said, if he’s really this guy now, he’s on the verge of an absolutely enormous breakout. That kind of power with that kind of contact ability is what you see from SUPERSTAR hitters.

It’s only been two months, so we do have to be a little bit measured. But obviously that’s the kind of offensive talent that was always there for a guy whose development and pro career has been so erratic thanks to the very early promotion, the very serious knee injury, and the shuffling in and out of playing time on a competitive club. I think he’s done well, all things considered.

On the homers, by the way: it’s the juiced-ball era, so there are still 16 players with more homers than Schwarber’s 32. Still nice to get there, of course, and more recently, Schwarber’s been right up there: