Ben Zobrist Speaks: Excited to Be Back, The Retirement Question, Swing Not Quite Ready, More Skip to content 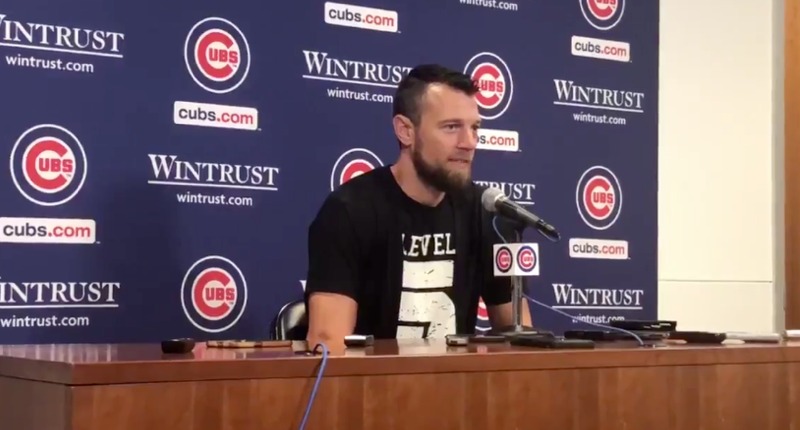 Late last night, the Chicago Cubs reinstated one of the team’s biggest leaders, Ben Zobrist, from a months-long absence for personal/family reasons. I don’t think anyone – including the front office – has a great grasp on how big of an impact Zobrist will personally make on the field, but his presence in the clubhouse will absolutely be felt.

Speaking of which, Zobrist wasn’t in the starting lineup when it was announced earlier this morning, but he is on the active roster and at Wrigley Field. And that means after a very long time, we actually get to hear him speak. Here’s some of the things he said this morning.

Note: There wasn’t one, singular live-stream (and this just happened) so I’m piecing together his comments as best as I can without being there. Enjoy.

Zobrist says he can't say definitely if this is his last year. Talked to #Cubs players in June. Says support from teammates has been overwhelming

Zobrist on being back with the #Cubs & here at Wrigley. pic.twitter.com/yhQ8NajhQf

Zobrist doesn’t think he has anything to prove to anybody. #Cubs

UPDATE: According to Joe Maddon, Ben Zobrist will not be starting tomorrow, either.

Maddon says Zobrist won’t start Monday and wants to ease him back. Also not worried about Yu’s forearm and believes it’s just a one start thing.