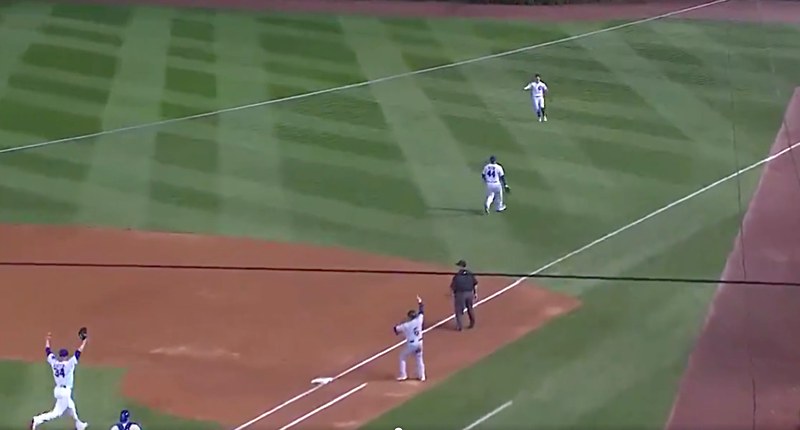 When it comes to complimenting the long and very successful career of Jon Lester, my guess is words about his defense will probably be on the lower end of the scale thanks to his issues throwing to bases. (Issues, I might note, that really haven’t caused many problems lately.)

But he’s still a complete baseball player, and that means helping your team on defense by using your awareness of the play unfolding in front of you.

For example, this 9-1 double play that he just orchestrated by simply being extremely heads up:

Obviously Mallex Smith though that was going to be a tougher one for Nick Castellanos to get to, or simply completely lost the ball. But either way, normally, he would have been OK to speed back to first base with Anthony Rizzo heading out to track the pop up. But there was Lester, the pitcher, covering first base to complete the double play. Beautiful.