Scoreboard Watching: Cardinals and Nationals So Hot It's Annoying Skip to content

The Cardinals have had a breezy schedule for the last few weeks, but as we have seen with the Cubs, you still have to actually take advantage when you get those stretches. And the Cardinals have, beating the Giants yesterday to improve to 19-5 over their last 24 games.

That is nuts, and impressive, and it’s actually kind of a miracle the Cubs aren’t in a deeper hole than they already are:

The Cubs have won 10 of their last 15, which, hey, that ain’t a bad stretch either! But, yeah, the Cardinals have just been so scorching hot that the Cubs have to tread water until they get a chance to face the Cardinals head-to-head.

Meanwhile, in the Wild Card race, very little has changed over the past week: 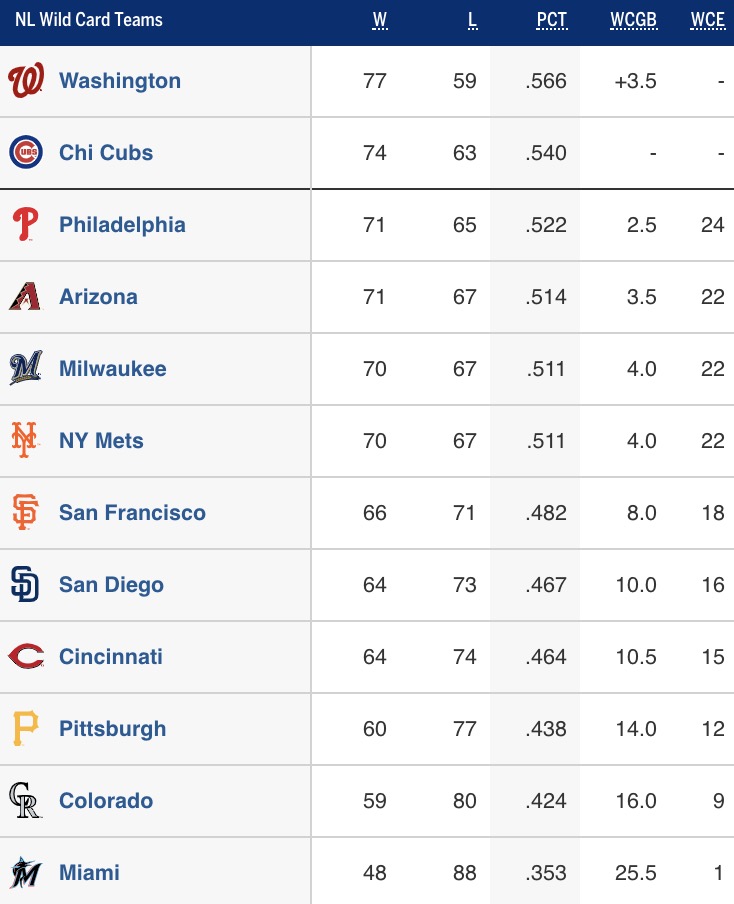 Like the Cardinals, the Nationals have been so scorching hot lately (19-6 in their last 25) that they have a sizable buffer over the Cubs for that top Wild Card spot (but are still 6.5 games behind the very impressive Braves).

The Phillies won last night, as they are currently playing the Reds, who just laid down for the Cardinals, so why wouldn’t they do the same for the Phillies? And then play the Cubs like the 1927 Yankees whenever they match up. Natch.