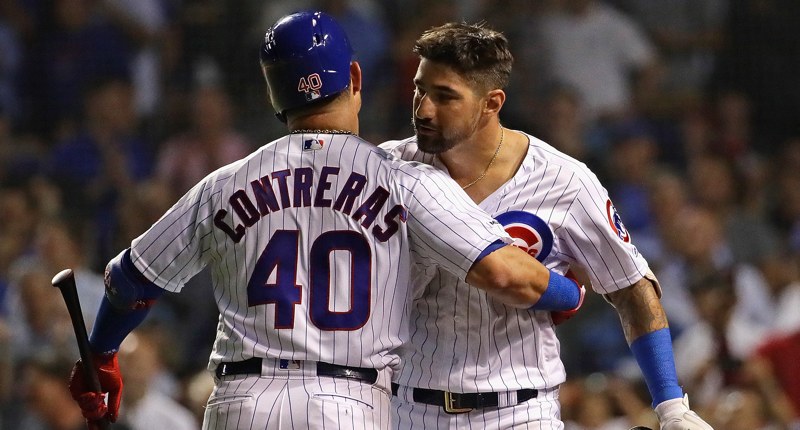 One of my fillings came out, so I have to get that fixed today. That seems … not good? I’ll let you know how it goes …

Tag is already on, runner clearly not on home yet. pic.twitter.com/DOGdqaMD0m

Confirmed—Cubs had to provisionally challenge run scoring immediately. Weren’t allowed to challenge the call after the initial 30 second window closed.

Update:
—Checks in on her friend who took the ball to the back
—Gave the ball to friend
—Back to keeping score pic.twitter.com/3X1xo8uHTi

A cool story about how @IowaCubs pitcher @Randy_Rosario77 now has a fan for life after letting a 1-year-old girl hang out with him in the bullpen during a game.https://t.co/eFyW6adVXT

With his 39th HR, @solerpower12 has set a new @Royals record for HR in a season. pic.twitter.com/IV1JBaVsI1

Hey Tim McCarver. It wasn’t a bad read. It was an excellent catch. Remind me to mute you when im watching from home. pic.twitter.com/s1LjvRGhSD

Remember that time Tim McCarver said there was no way Jon Lester was going to throw over to first, and Tommy Pham believed it? pic.twitter.com/v2vWbLhrps

Rizzo gear: BACK IN STOCK.

Brett sat down to discuss our evolving fandom, mental health, his family, the rise of Tik Tok and more!

Just signed up for one of the best nights of the year if you are Extremely Online in #CubsTwitter. Hope to see lots of fun folks there, including the inimitable #AtCubs, who have asked me to play shortstop that night. True commitment to social media. Here: https://t.co/bOc9tsGXE6 pic.twitter.com/A6w4AKku80