Javy Baez Was *THE* Best Defender in Baseball in August, Will Be in the Gold Glove Conversation Skip to content 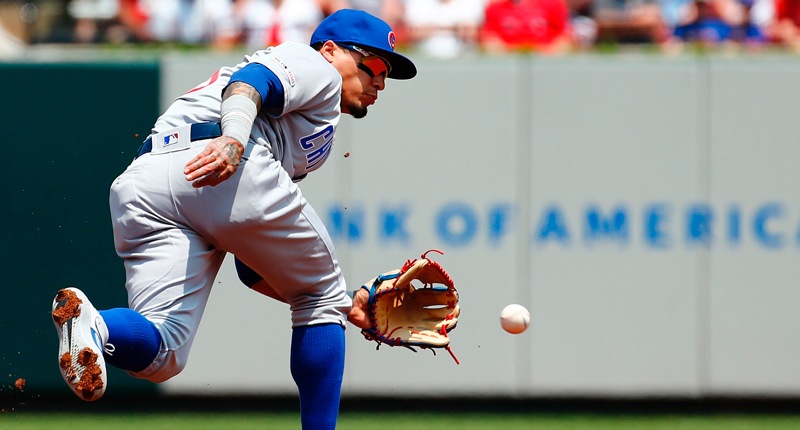 Hey, how about this? Sports Info Solutions (the folks behind, among other things, The Fielding Bible) do a monthly defense award, and they just handed out the August nod to Javy Baez.

New Stat of the Week!

He was the best at his position and has been one of the best there all season.https://t.co/aiMTNCRkns

Among the praise for the Cubs’ shortstop: “Báez led all shortstops with seven Defensive Runs Saved for the month. His 15 Defensive Runs Saved there for the season rank third behind Nick Ahmed and Trevor Story, both of whom have 18. Báez’s season total is notable because seven of the runs he’s saved have come from things other than the primary component of Defensive Runs Saved, Range and Positioning. Báez has four Runs Saved from Double Plays and three from Good Fielding Plays (GFPs, which are charted by our Video Scouts).”

In other words, in addition to his skill overall as a shortstop, a huge part of what makes Javy Baez so valuable on defense are the things that actually DO stand out: the incredible plays, and his incredible ability to turn a double play.

In his first full year as THE starting shortstop, contrary to what many thought about him, Baez has proved to be an elite defensive shortstop in all ways. He will be in the conversation for a Gold Glove when the season wraps.