Bats Alive, Darvish Shows Off, Good Fortune on the Bases, Marquez as Hader, and Other Cubs Bullets Skip to content 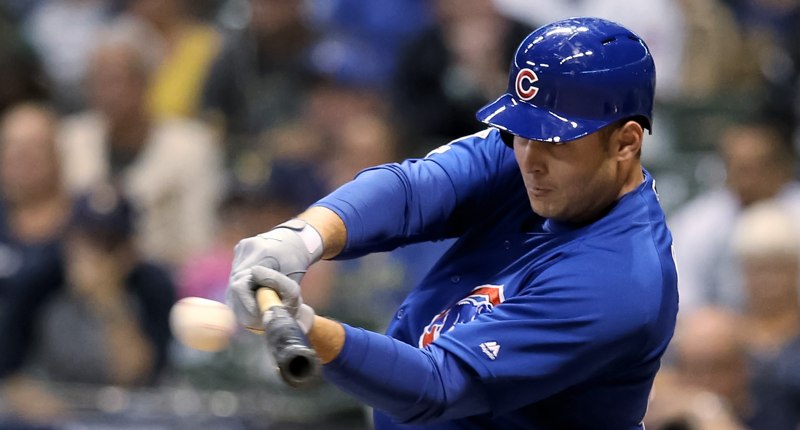 For the last few month or two, the thought of the Bears kicking back off was pretty important to my fan sanity. The Cubs hadn’t just been struggling, they’d been doing so in the extreme rollercoaster way that was really pushing my ability to simply be happy about a competitive team. So, I thought, at least the Bears are coming back soon, and I can just be happy watching them, even if the Cubs continue to torture me. It’s why it’s good to have more than one sports fandom to soothe you, right?

Little did I know that, for the first Bears game at least, it would actually be the Cubs – who’ve now won six in a row on the road! – who would be bringing me back down to calm after I was feeling pretty dire about the Bears. SPORTS!

You don't see too many huge mental gaffes from Zobrist like this – on Rizzo's liner, he was dead to rights at second base on a double play if Yelich throws there. Bit of rust showing, perhaps. pic.twitter.com/xVQMCTK1nB

Here is Addison Russell getting drilled in the ribs, presented without comment #Cubs pic.twitter.com/Cd1YicNzBk

Need something for your ears? Ep. 1 of MYPOD is out! @Michael_Cerami and I talk working in sports media, MLB stardom and movies. Oh, we also play a fun round of What Would it Cost? (sound bite below)

Listen for free on iTunes, Spotify or PodBean ➡️https://t.co/kqpFckYghk pic.twitter.com/Ylo4xH7NSA