Fun With Kyle Schwarber's Monster Grand Slam, About Which He is Very Modest Skip to content 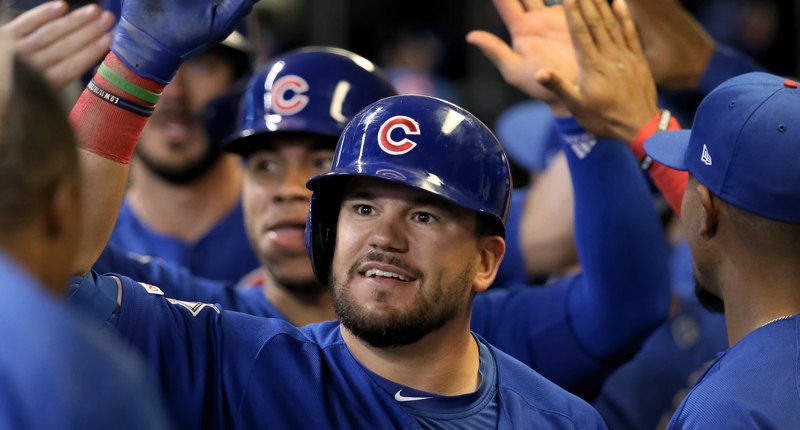 Where do I even start?

OK, so you already know that Kyle Schwarber has been absurdly good in the second half, and that he only extended that run of dominance last night with a monster grand slam. He also added a double and a walk in the game, and didn’t strike out.

I guess let’s enjoy the grand slam again in a few visual ways, then talk about some particulars about it, and then laud just how ridiculous he’s been at the plate. Shall we?

The granny, on which Schwarber slapped the bejesus out of the ball:

Kyle Schwarber has a 1.024 OPS in the 2nd half.#EverybodyIn pic.twitter.com/4KsrA5hof9

34th home run and 2nd grand slam of the season for @kschwarb12!#EverybodyIn pic.twitter.com/ZtiazWwV2t

The homer not only went an impressive 442 feet, it came off the bat at 109.4 mph despite being an elevated 94 mph fastball from a lefty:

Kyle Schwarber broke open the game with a grand slam off this elevated fastball from Drew Pomeranz.

It was the highest pitch he's hit for a HR in his career. pic.twitter.com/K8hZ6S42YS

If Schwarber is gonna hit THAT pitch a million feet, you are gonna have some trouble with him:

"It's been real. It's real. That was real tonight. That's a tough lefty and that ball was beyond properly struck. … That ball was kilt. It was k-i-l-t. It was kilt. And that's against an elevated fastball and if they can't go there no more, heads up."

For his part, Schwarber plays the part of aw-shucks-ing it, and he is delightful in his ability to pull it off, even if we know he’s more good than lucky:

"Got lucky I guess"

No Kyle, it's all skill. He talked with @kelly_crull after the win! pic.twitter.com/fnHn7iOOml

Schwarber is humble, despite now entering rarified air with the Cubs:

Most HR in a season by a #Cubs lefty

There’s a pretty decent change Schwarber reaches 40 homers by the time the regular season is up, which, even in the Juiced Ball Era, is impressive as heck.

Especially when the guy keeps powering up despite continuing to drop his strikeout rate: 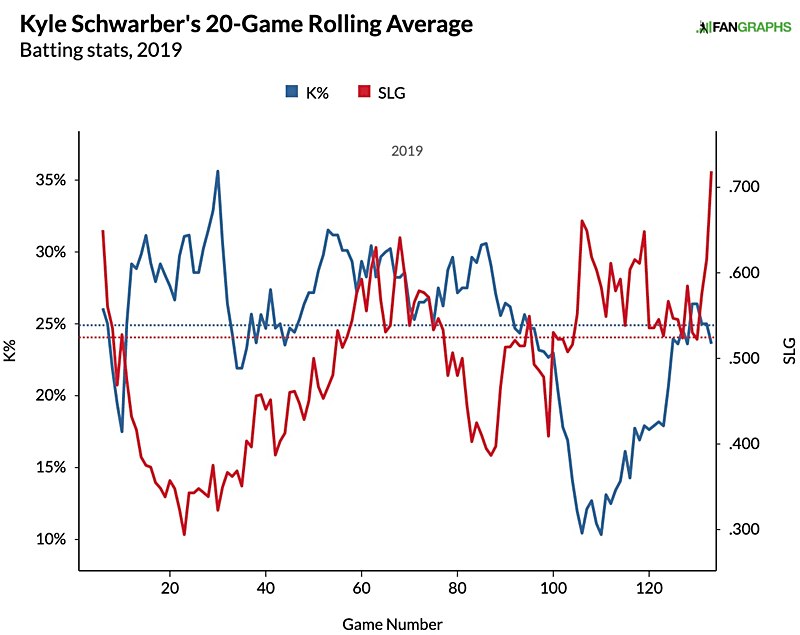 The guy is clearly continuing to make adjustments, and the results are there.