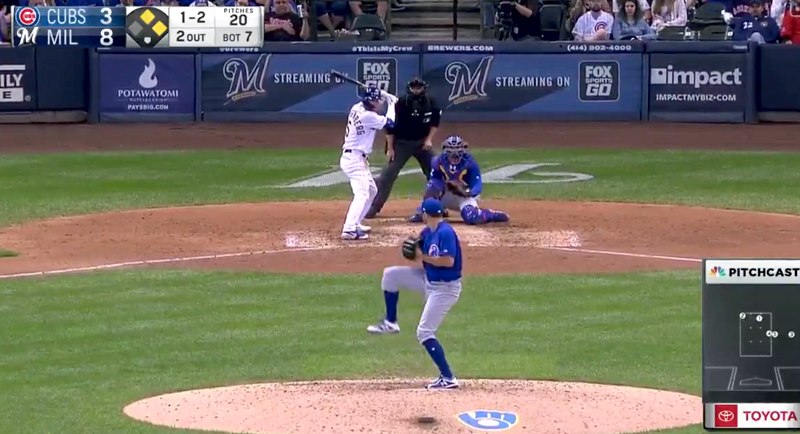 What a moment that was. The game sucks, yes, but at least it provided the opportunity for Danny Hultzen to get his first big league inning of work.

The 29-year-old lefty, former number two overall pick whose career was derailed by injuries, got Christian Yelich to whiff in his first big league pitch, and went on to strike out the final three he faced in a scoreless frame (he had previously hit Yelich with a pitch and gave up a single to Ben Gamel, the two Brewers the Cubs can’t stop – so he fits in!).

Career Ks No. 1, 2 and 3 for Danny Hultzen. pic.twitter.com/Nmczjo57MM

More than just a good story, Hultzen really was dominant at AAA when he was able to pitch. We’ll see if he sticks on the Cubs’ 40-man all offseason, but there’s no reason right now not to hope he can be a legit lefty in the bullpen next year.